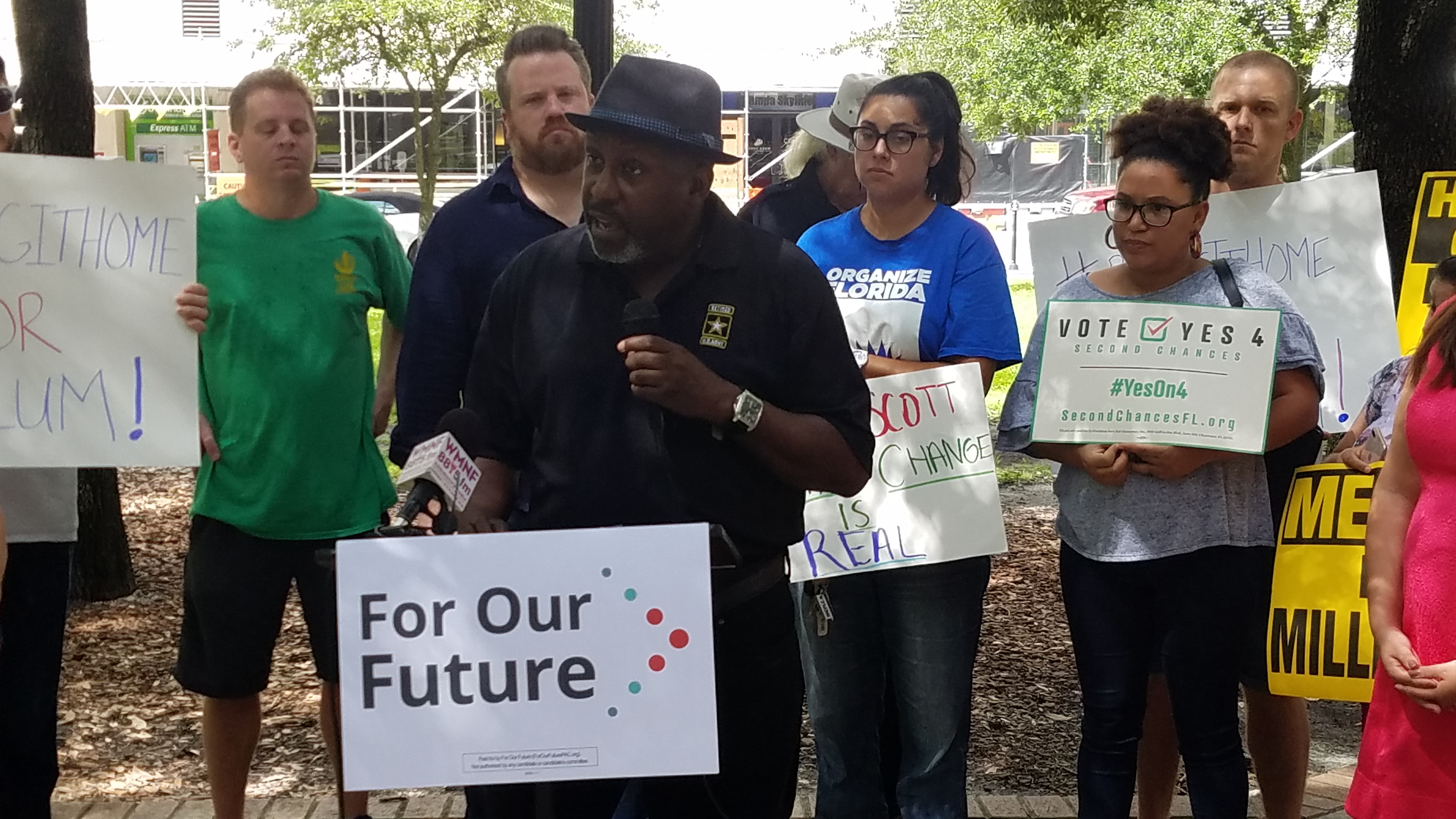 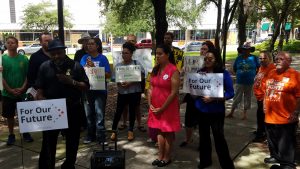 This week Florida Republicans nominated Ron DeSantis as their candidate for governor and he immediately stepped in hot water by using a racially-charged word when referring to his Democratic opponent, Andrew Gillum; in response to the DeSantis nomination, a range of progressive groups organized a lunchtime rally Thursday at Gaslight Square Park in downtown Tampa. Jerry Green is the Florida outreach director of VoteVets.org.

“As an African-American, it obviously hurts a lot to see Ron DeSantis start off his campaign by using ‘monkey’ in reference to Andrew Gillum. But as a veteran it hurts a lot, too. Ron DeSantis is a veteran. And this kind of vile racism makes all of us veterans look bad. Since the military led the way in integration, it has stood for allowing each man and woman to rise in rank based on their skill, smarts and ability. Our veterans should carry that message forth. And Ron DeSantis, when he uses these dehumanizing racial terms to describe a Black man betrays us and what we fought for. Not only do veterans deserve to be represented by someone better than that, Florida needs a governor who is better than that. 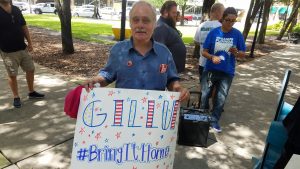 “This year Floridians going to the polls have an important decision to make. This year we decide whether Florida moves forward by investing in public schools, expanding access to health care and building an economy that works for all Floridians and not just the wealthy or whether Florida will continue to be held behind by regressive Republican policies that fail to protect our coasts and clean water, send our taxpayer dollars away from public schools to private charter companies and prioritize special interests over every-day Floridians.”

Pamela Gomez is with FLIC Votes, the Florida Immigrant Coalition, and criticizes a DeSantis campaign ad.