Home WMNF News Puerto Rico Who are Tampa-area Congress members bringing to State of the Union? 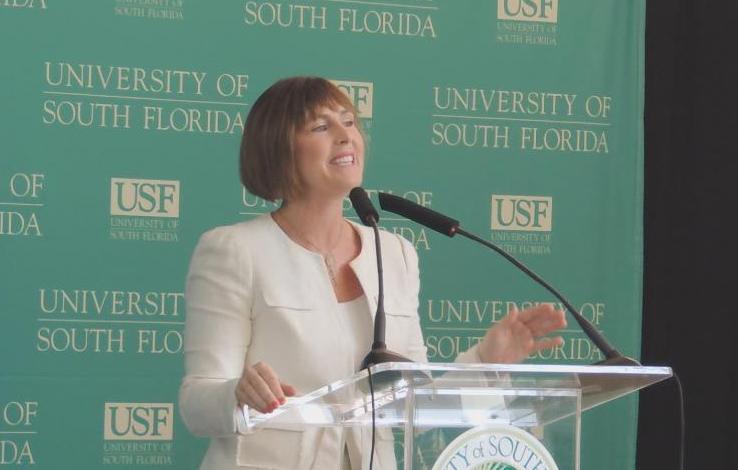 When members of Congress attend the State of the Union they bring a guest; often it’s a symbolic way to advocate for a cause.

Here is who Tampa Democrat Kathy Castor told WMNF News her guest will be and why.

“My guest to the State of the Union (address) tonight is Brenda Irizarry. You may have heard of her, she is the Tampa Bay young woman who immediately after Hurricane Maria hit Puerto Rico and the Virgin Islands, she mobilized a huge relief effort and collected supplies to send to Puerto Rico, took on a big warehouse in South Tampa. And the community responded. Since then she founded Missions of Miracles, a local nonprofit where relocated families from Puerto Rico can go for assistance.

“The reason I invited Brenda Irizarry from Tampa to be my guest to the State of the Union is to help press President Trump, the administration and this Republican-led Congress to take action on Puerto Rico relief and disaster aid for Florida, Texas, Virgin Islands and Puerto Rico, especially.”

A lot of your colleagues are bringing people who are undocumented to press that issue. Your thoughts on that?

“Yes, in fact a couple of years ago I had a Dreamer as my guest. You may remember him. He was the FSU law student who had grown up in America and graduated with honors from Florida State University, and then graduated from law school. We pressed his case and he was eventually admitted to the Florida Bar to help other students and Dreamers.

“And hopefully Congress will move on with a bipartisan immigration package that will ensure that our Dream Act students have a future in America. This is the only country they’ve ever known. We’ve invested a lot in them, in their education and more. And we need them as American citizens.”

The office of Republican Dennis Ross of Lakeland says he is bringing his wife.

St. Petersburg Democrat Charlie Crist will bring Clearwater resident and medical marijuana advocate Dani Hall. Crist’s office says it is to bring “attention to the harm the Department of Justice’s action rescinding the Cole Memo would have on families like hers in Florida and other states that have legalized medicinal marijuana.”

WMNF News did not get a response from Republican Congress members Gus Bilirakis or Vern Buchanan.

With a job as difficult as this can be from time to time, I can think of no one I'd rather have at my side during an important moment for our country. https://t.co/IoE6CSp4sV