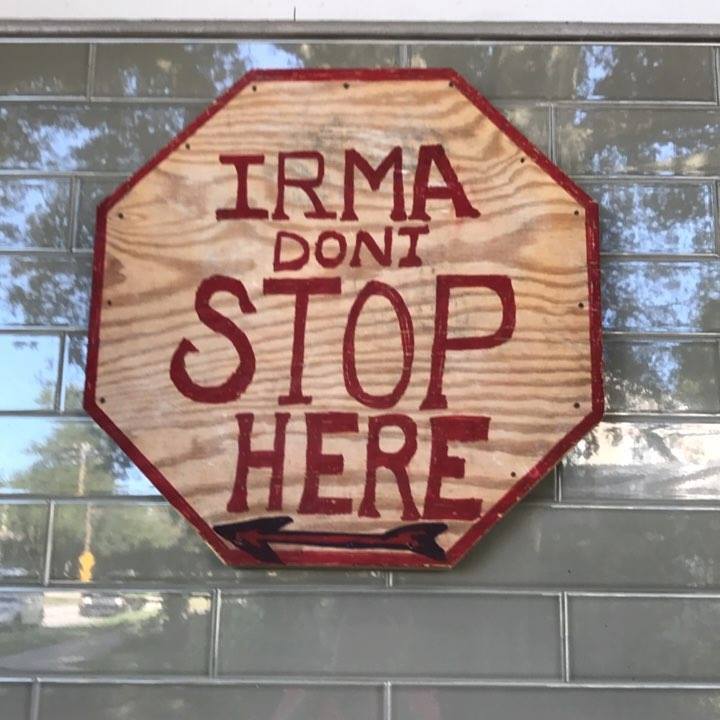 The Florida Department of Transportation announced Thursday that I-75 will remain open, as Hurricane Irma flood waters have been receding on the Santa Fe River. As of Thursday morning, FDOT says their engineers and state meteorologists do not think that the river will reach a level to make the interstate unsafe.

Hernando County Emergency Management has issued a voluntary evacuation order for residents living along the Withlacoochee River. One person and a dog have already been rescued due to flooding. The Enrichment Center, located at 800 John Gary Grubbs Boulevard in Brooksville, is the designated host shelter.

The Florida Health Care Association says 64 of the state’s 683 nursing homes are still without power, four days after Hurricane Irma raked the state. The association released a statement giving that total as of this morning. On Thursday U.S. Veterans Affairs Secretary David Shulkin announced that the VA is making beds available where possible to non-Veteran nursing home residents affected by Hurricane Irma.

Millions of Floridians are still without power. As of Thursday morning, ten percent of Hillsborough County, or nearly 66,000 customers, lacked electricity. In Pinellas County, 184,000 customers are without power, a full one-third of the county.

If people see a tree on a downed power line or something that might be of help to the people who are restoring the lines, is that something that you want them to contact you or are you being inundated with calls and you just prefer no contact?

When do you think that all the power will be restored to all of your customers?

“Right now, we are forecasting that in the Pinellas and Pasco area, our customers will be on by Friday night at midnight. Now, for around the rest of the state, we’re saying Sunday midnight. Now, unfortunately, in the Highlands county area, that has been much harder hit, so, there are, you know, in that part of the state, areas that we’re saying that it’s just gonna take a little bit longer for us to address all the damage that’s been done to our infrastructure. And if you can just envision damaged areas where you have lines of power poles that have come down, literally more than a dozen power poles that have toppled over or snapped, that’s the scene that they’re seeing down in the Highlands county area.”

Is there a way for a customer, who has evacuated, to punch in their address and find out if their power has been restored?

“So, right now what we’re offering is, basically county by county updates. Now, we’re also trying to proactively sharing information, as far as, you know, who has been restored–again county by county–again, that is through our website and that’s the best way to be updated on our progress throughout the entire state.

“When we typically have a regular day, without a storm, customers are able to go to our outage maps and they’re able to type in their address, they’re able to see if there’s an outage, they’re able to tell the time the outage occurred, the estimated time of restoration, and what caused the outage–how many are out due to that particular incident. During this type of event and due to the number of customers that are out, that’s a little bit more difficult. It’s a combination of the technology involved and needing to input that info from the field. So, right now what we’re concentrating on is getting everybody’s lights on as safely and quickly as possible, without any delays.”

And finally, Anna Gibbs, with Duke Energy Florida, are there any shelters in the area that have lost power or any nursing homes or assisted living facilities that don’t have power?

“So, we are very well aware that there are nursing homes or assisted living facilities that currently do not have power. We’ve worked very closely and carefully with our state EOCs, that’s our Emergency Operation Centers, and then on a local level, with the county EOCs, and that’s even before a storm hits. We collaborate with them so that they can provide us a list of what they consider their priorities and their critical care needs. And even within that list, there are different levels, so that your first level would be places like a hospital or a 911 center or law enforcement and then traffic lights, you know, the water system that brings in your drinking water or the sewage system. So, there’s a priority level of how we address the outages. That’s basically how the order in which some of these facilities get restored. First, starting with the essential services. So, eventually, as you work down that level, we continue to address those, again, essential and critical care needs locations and we always encourage those locations, of course, to report their outages to the EOC and also to Duke Energy, but, that’s a process that we work on almost 365 days a year, so for us, hurricane preparation happens year-round.”

Florida Senator Bill Nelson has asked the nation’s largest cable, telephone and internet providers to give rebates to Hurricane Irma victims for service interruptions. The Democratic U.S. senator also asked them Thursday for a 60-day moratorium on late fees and other penalties.

Feeding Tampa Bay is delivering a truckload Meals Ready to Eat, water and other food Thursday afternoon to Tropicana Field in St. Petersburg. It goes from 5:00 p.m. until 6:30 p.m. Thursday in Lot 6 at Tropicana field.

Millions of poor people in Florida were living on the edge of ruin even before Hurricane Irma’s destruction. Now in places like poverty-stricken Immokalee, the day-to-day struggle to survive is an hour-to-hour fight. Many of the poor work in restaurants, gas stations, hotels, stores and other businesses forced to close after Irma, depriving them of paychecks.

President Donald Trump is in Florida Thursday touring Hurricane Irma response locations. Trump says he’s planning to visit the U.S. Virgin Islands and Puerto Rico, which were both badly damaged by hurricane winds. Trump tells reporters aboard Air Force One that he’ll be making the trip “at the end of next week or the following week.”

information from the Associated Press was used in this report.