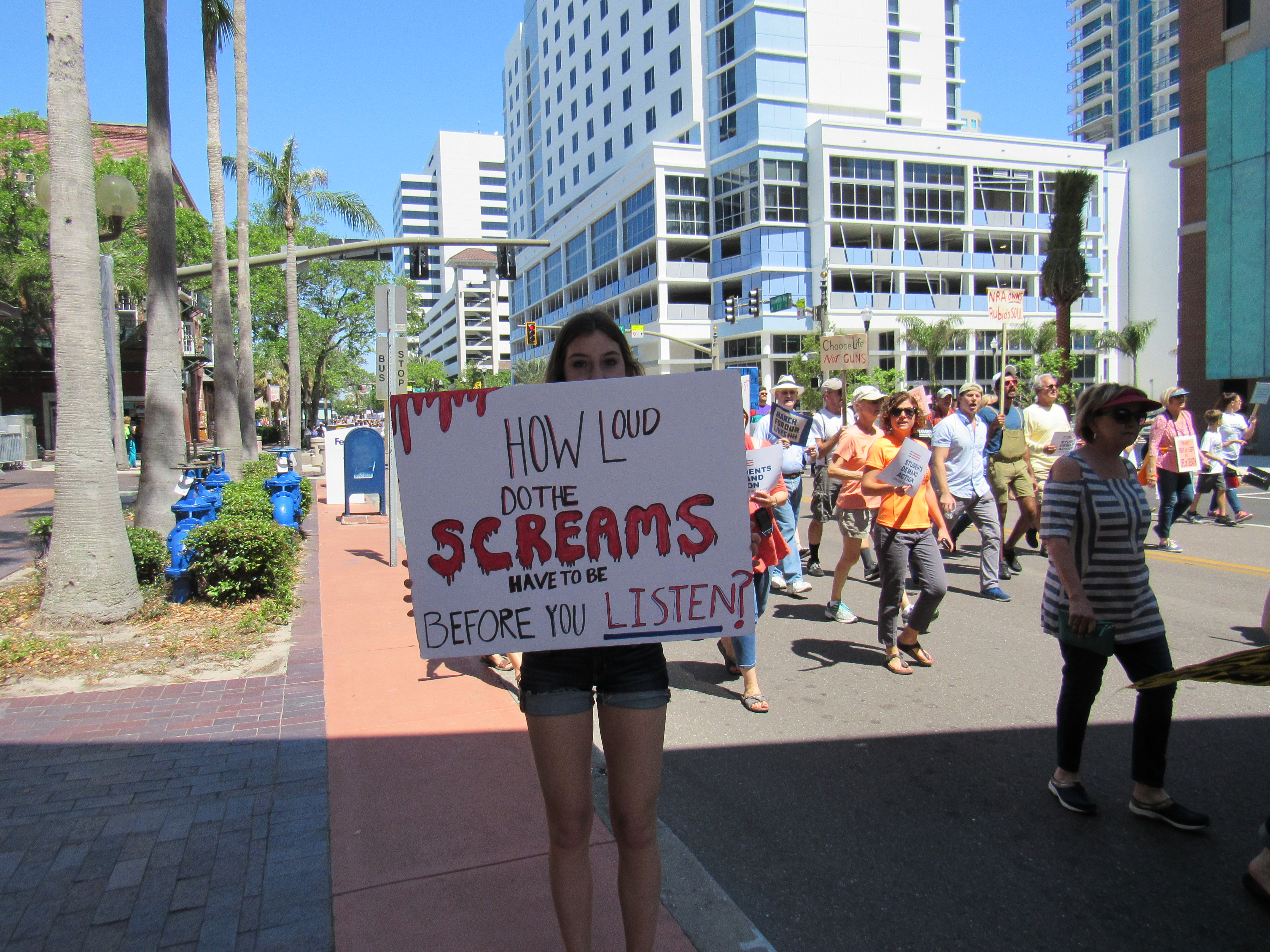 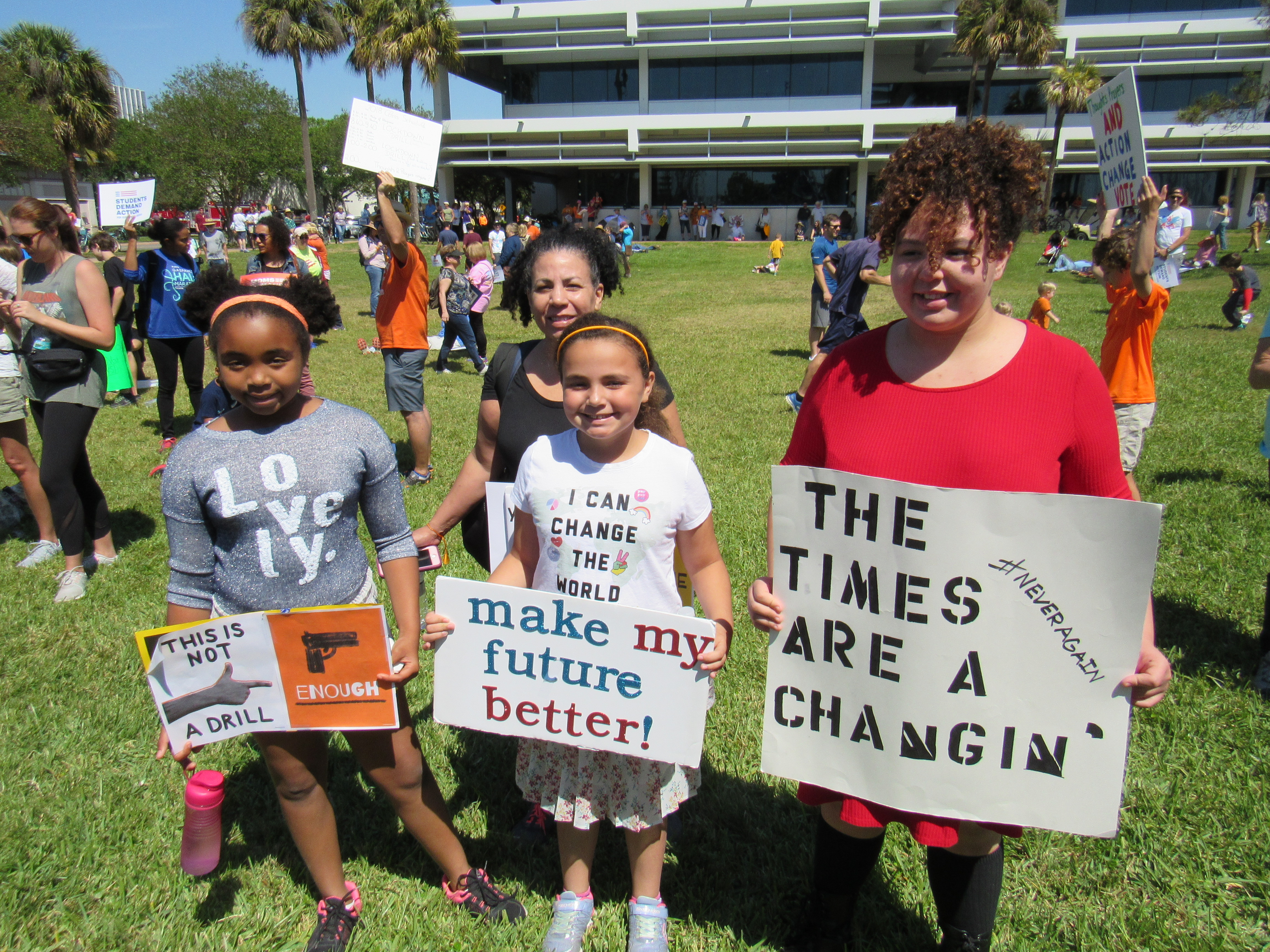 March for our Lives ~ St. Pete

This coming Tuesday is the second anniversary of the mass shooting at the Pulse nightclub in Orlando; it’s also the date of coordinated “die-ins” across the country led by students enraged with the epidemic of gun violence. One of the student leaders of the Tampa die-in is Macie McClintock. She’s the new head of March for Our Lives Tampa and will be a senior at Robinson High School this fall.

“June 12th is National Die-In Day. Which David Hogg — he goes to Marjorie Stoneman Douglas and he’s one of the heads and founders of March For Our Lives — and he started National Die-In Day. So, basically, we will be outside of [Senator] Marco Rubio’s office — his Tampa office. It’s called Sam Gibbons Courthouse and it’s 801 North Florida Avenue. But around the country people will be outside of local politicians who support and take money from the NRA. And they’ll be doing a die-in — they’ll lay down for 12 minutes. And the laying down symbolically represents all of the people that have died due to gun violence. Twelve minutes is 720 seconds and that’s how many school shootings there have been in the U.S. But they’re also starting their tour where they’ll go to 60 stops across Florida and across the country. So, they’re trying to do this and establish this before they leave for their tour. And I think they leave June 16th.”

Is that tour coming to the Tampa Bay area? 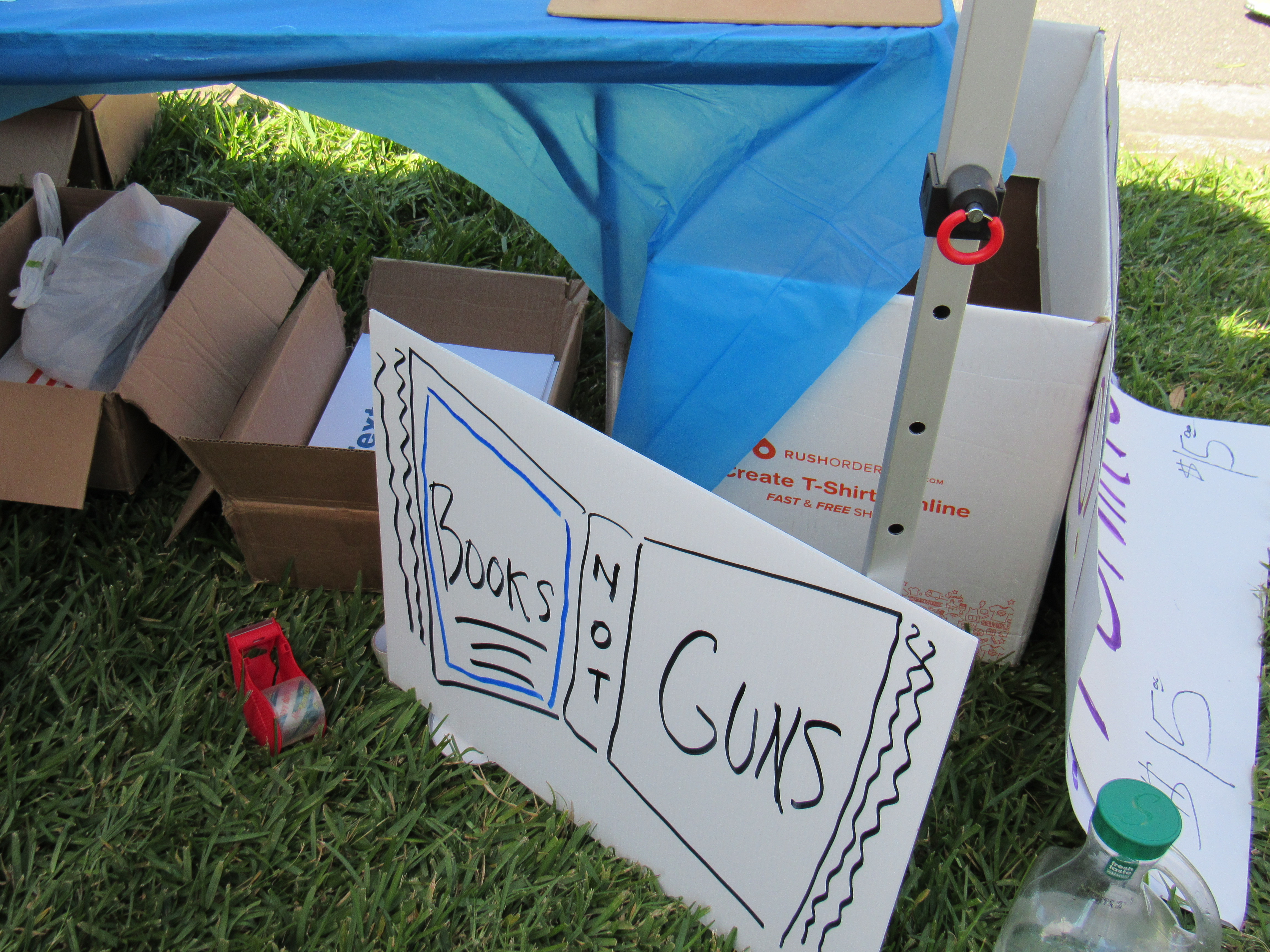 March for our Lives ~ St. Pete

Why is it that the youth are leading this march for gun control? For decades adults have been doing some things. But why now are youth taking over the lead in this?

“I think that we’ve all realized that the problem is gun violence and it’s affecting our schools mostly. I mean 720 [deaths] is absolutely insane. And that if the adults aren’t able to fix that, then we are going to step in because it’s our safety that it’s affecting.”

Is there anything else you’d like our listeners to know?

“If they follow March for Our Lives Tampa Twitter all of the information is on there. There’ll be speakers from 11 til 12 and then we’ll lay down at 12.”