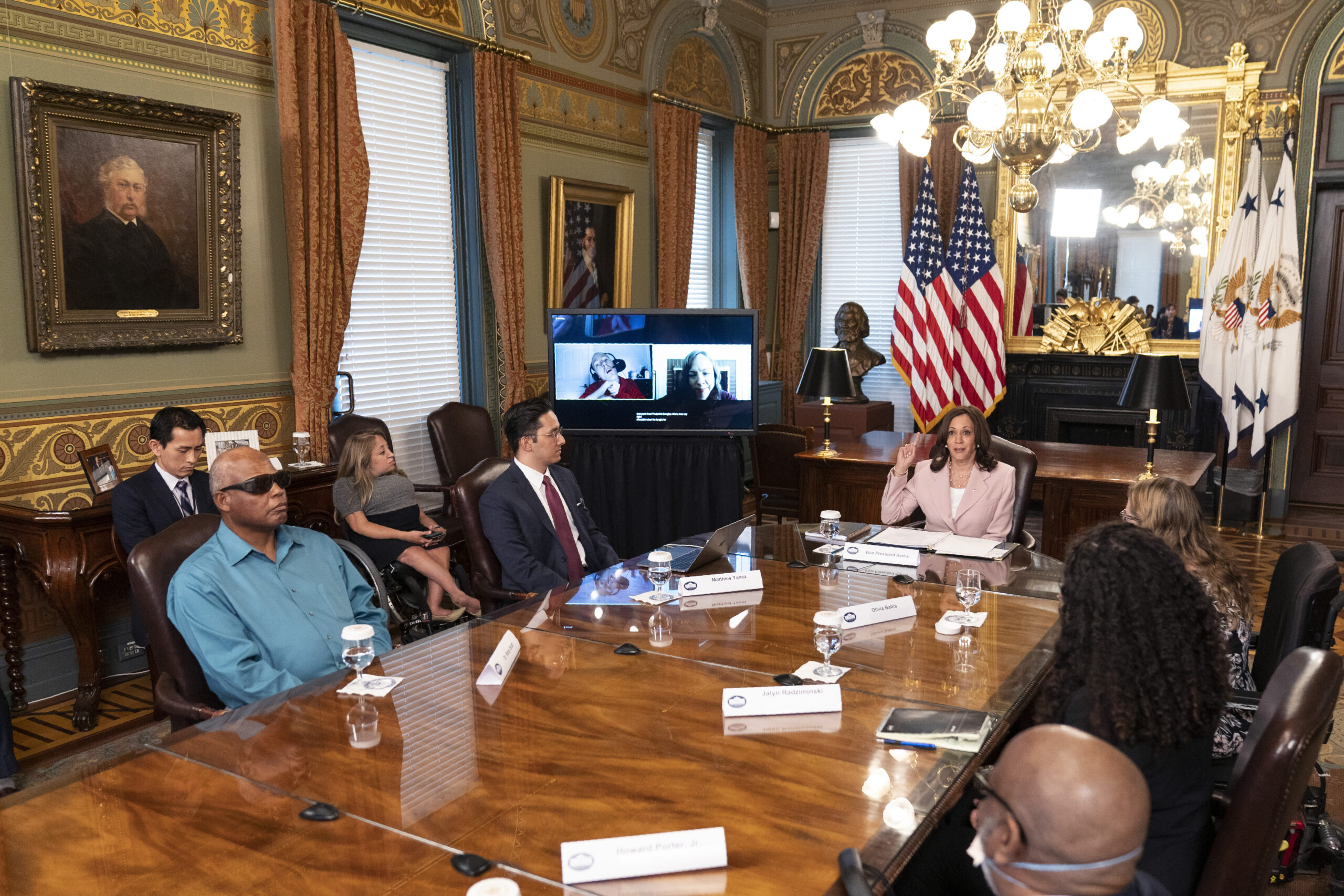 Floridians with disabilities are still fighting for that access. The most cogent battle now the one for voting rights.

The Americans with Disabilities Act, or ADA, was meant to provide equal access and opportunity. But also to eliminate institutional abuses.

“For centuries, people with disabilities were often misunderstood ignored victimized with frequent abuse and violence. Including the practice of warehousing,” Abudu said. “That was the practice of removing people from their communities to institutions that subjected them to abuse and neglect without adequate accommodation, or the proper legal protections.”

Abudu and other advocates for Americans with disabilities spoke Monday during a Zoom Conference commemorating the signing of the ADA. Speakers noted that much progress has been made. But the promise of full equality offered in the ADA is yet to materialize.

Physical institutions of abuse have by and large been eliminated. But Nancy Anderson of the Alabama Disabilities Advocacy Program said misconceptions about disabilities and fallout from government policy can create new burdens.

“Anything that creates an environment where you don’t have control over your life or where you’re not able to make your own decisions,” she said. “A virtual institutionalization.”

And Advocates say a virtual institutionalization is just what bills like Florida’s SB90, Georgia’s SB202 and many others making their way through Republican-led statehouses do to Americans with disabilities.

Even if it’s an unintended consequence.

SB90 and its counterparts are part of sweeping and controversial changes to election laws. They play off the “Big Lie” that President Joe Biden’s electoral victory was somehow stolen, despite no evidence. Legal challenges to the 2020 election were found meritless en masse. But misinformation and lies have fueled new laws. Many fear they limit access to Black and Latino voters as well as voters with disabilities.

Olivia Babis is the senior public policy analyst for Disability Rights Florida, DRF. DRF and a number of other organizations are suing Florida over SB90. Babis was not a part of the conference but spoke to WMNF after. She said laws like SB90 are especially troubling in a state like Florida.

Florida was by and large praised for how it handled the 2020 election. And its handling of vote-by-mail ballots was seen as a model for other states. Still, changes to election practices were signed into law. Babis said many of those will limit access for Floridians with disabilities.

Before SB90, Floridians were able to give a signed, sealed and completed ballot to a designated person. That person could thendrop that ballot, and others, off. Florida even had laws on the books to make sure whoever handled a ballot was not a paid political operative.

Under SB90 a person can only drop off up to three ballots – theirs and two from immediate family members. Babis said that immediately disenfranchises all of those Floridians with disabilities who can’t physically make it to a polling site. SB 90 places new restrictions on how and when a vote-by-mail ballot can be received. Babis said most feel more secure knowing their ballots are hand-delivered.

“You may have support coaches that work with five different people. They’re not related to those individuals. But they previously had helped them maybe complete a ballot and turn it in for them. They can no longer do that. So its leaving these individuals without a way to turn in their ballot.”

There’s also the criminalization of helping people standing on long lines. Not everyone can afford the necessary transportation. Babis said anyone fortunate enough to make such arrangements could find themselves stuck on a long, often hot line to vote. Then there are added provisions limiting drop-box availability and early voting access. Those can further narrow the ability of Floridians with disabilities to exercise their right to vote.

And Babis said that is cause for alarm.

“To disenfranchise people when we’ve seen no justification for doing so. It is very problematic in a democracy that depends on people being civically engaged and being civically minded,” she said.