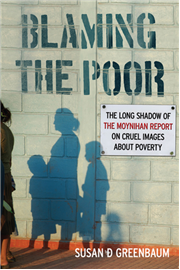 50 years ago, sociologist and Assistant Secretary of Labor Daniel Patrick Moynihan released a report that attempted to explain the roots of black poverty. the Moynihan report, as it came to be known, pointed at female-led single parent family structures, weak male leadership, and pathological criminality caused by the psycho-social impacts of slavery as factors in poverty amongst African Americans. Although the report would later face criticism for perpetuating racial stereotypes, it was influencial in the policies formed during Lyndon B Johnson’s war on poverty. We talked with Susan Greenbaum, professor emerita of anthropology at USF in Tampa whose book,Blaming the Poor: The Long Shadow of The Moynihan Report on Cruel Images about Poverty, criticizes the last effect of the report’s findings on race relations and current policies on poverty.

You can listen back here.