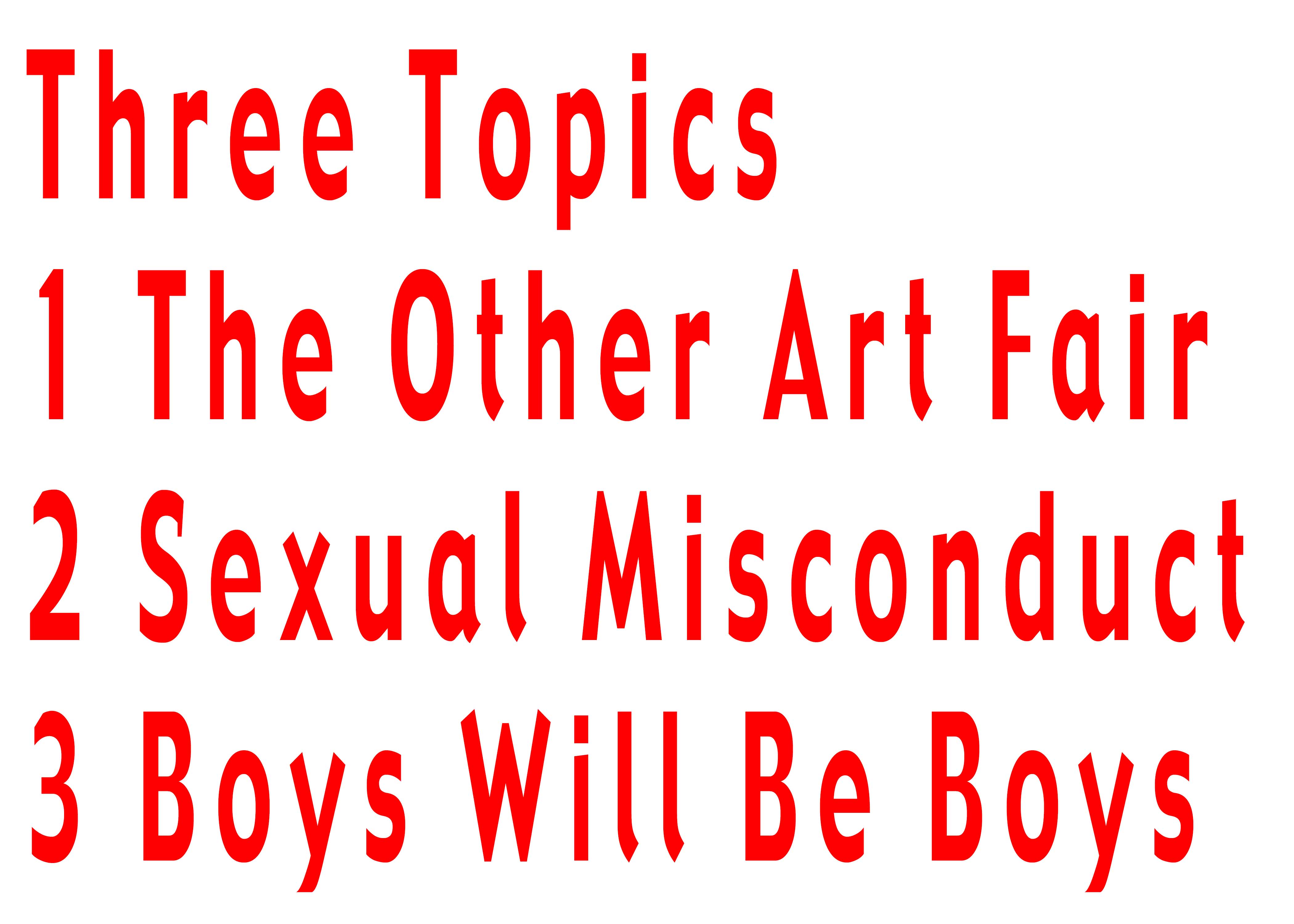 If you have been to the renown Art Basel, you would not be alone in finding it overwhelming, confusing, albeit intriguing. Londoner, Ryan Stanier felt the same, his experiences at Art Basel and other prestigious art fairs led him to believe there was a need for an alternative to the high-end, glossy, money-dominated events. So, a few years ago, Ryan founded The Other Art Fair which has become the leading artist fair to discover and buy directly from the very best emerging artistic talent. With fairs strongly established in the US, UK, and Australia, The Other Art Fair has grown with editions now in London, Bristol, Sydney, Melbourne, and now New York. Ryan Stanier joins Life Elsewhere to help us understand art today and, The Other Art Fair.

#MeTooCongress: women in politics take action in wake of Weinstein

These are the headers, for two recent articles in The Guardian by Lucia Graves. The talented writer returns to Life Elsewhere to talk about the ramifications of allegations sexual misconduct. The list of the accused, from Hollywood to Capitol Hill and all points in between appears to show no sign of abating. Why is this happening now? Is this the result of living in the age of Trump? With the outcome of Tuesday’s elections are we seeing a national response to Trump and all he stands for? Don’t miss this intense discussion, plus you’ll hear host, Norman B talk about his encounter with unwanted sexual advance.

The musical interlude this week is from Perth, Australia, Stella Donnelly has a new single, Boys Will Be Boys, from her latest album, Thrush Metal. The singer-songwriter confronts a man who raped her friend and takes to task the accompanying victim-blaming. Donnelly recalls horrifying details like the young man’s father telling him “women rape themselves,” she stays measured and plainspoken. This effect is the most chilling thing about Boys Will Be Boys. Don’t miss it!