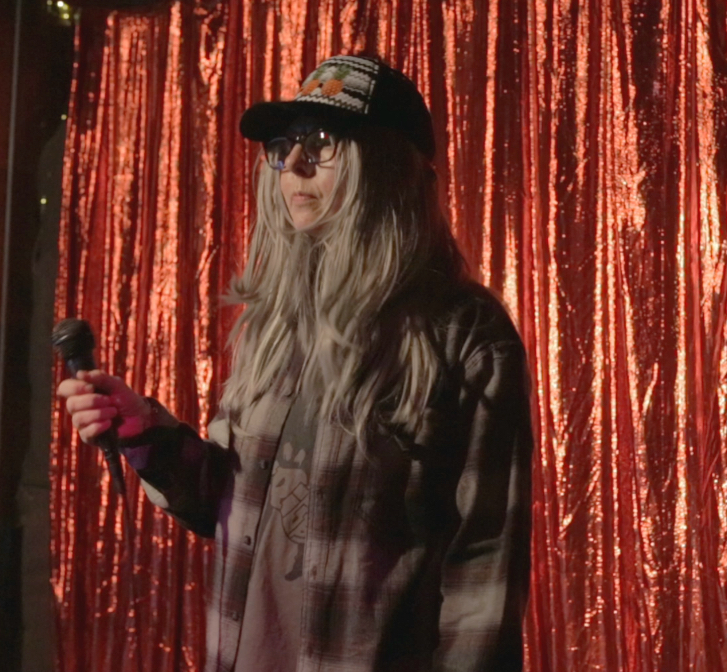 A favourite guest at Life elsewhere is the always engaging Amy Rigby. The highly-acclaimed singer-songwriter and astute writer kindly sent us a sound file of her new single, Tom Petty Karaoke. “I don’t usually put out singles.” Amy sighs, almost apologetically. She is talking with Norman B about her new recording, “Tom died on October 2nd, a year ago and his birthday was October 20th, so I guess this is unofficially Tom Petty Month. I had been thinking a lot about him, he was like a guardian angel for me, like he was and is for many musicians. I’ve written about him on my blog a lot because any time I’m on the road it’s like Tom is there on my shoulder, saying “that’s cool” or “you can do better.” This was true when he was alive and even more now that he’s gone. Trying to evade another week of discord and divisiveness in the news, I saw a video of J Mascis singing “Don’t Do Me Like That” in a nearly-empty karaoke bar. The night before, I’d sung “American Girl” with Chuck Prophet and the Mission Express and felt the power of that song reach out and lift people up. Mascis’ karaoke performance was the opposite, it was internal, like prayer. He wasn’t doing it for an audience, he was doing it for himself. I imagined I was J, strummed some “American Girl” chords and wrote this song.” She cleverly references Petty, both musical and lyrical and with and with a deft hand on the production by her husband, Wreckless Eric, Amy has created a masterful salute with Tom Petty Karaoke. Hear the single and conversation with Amy in the next edition of Life Elsewhere.