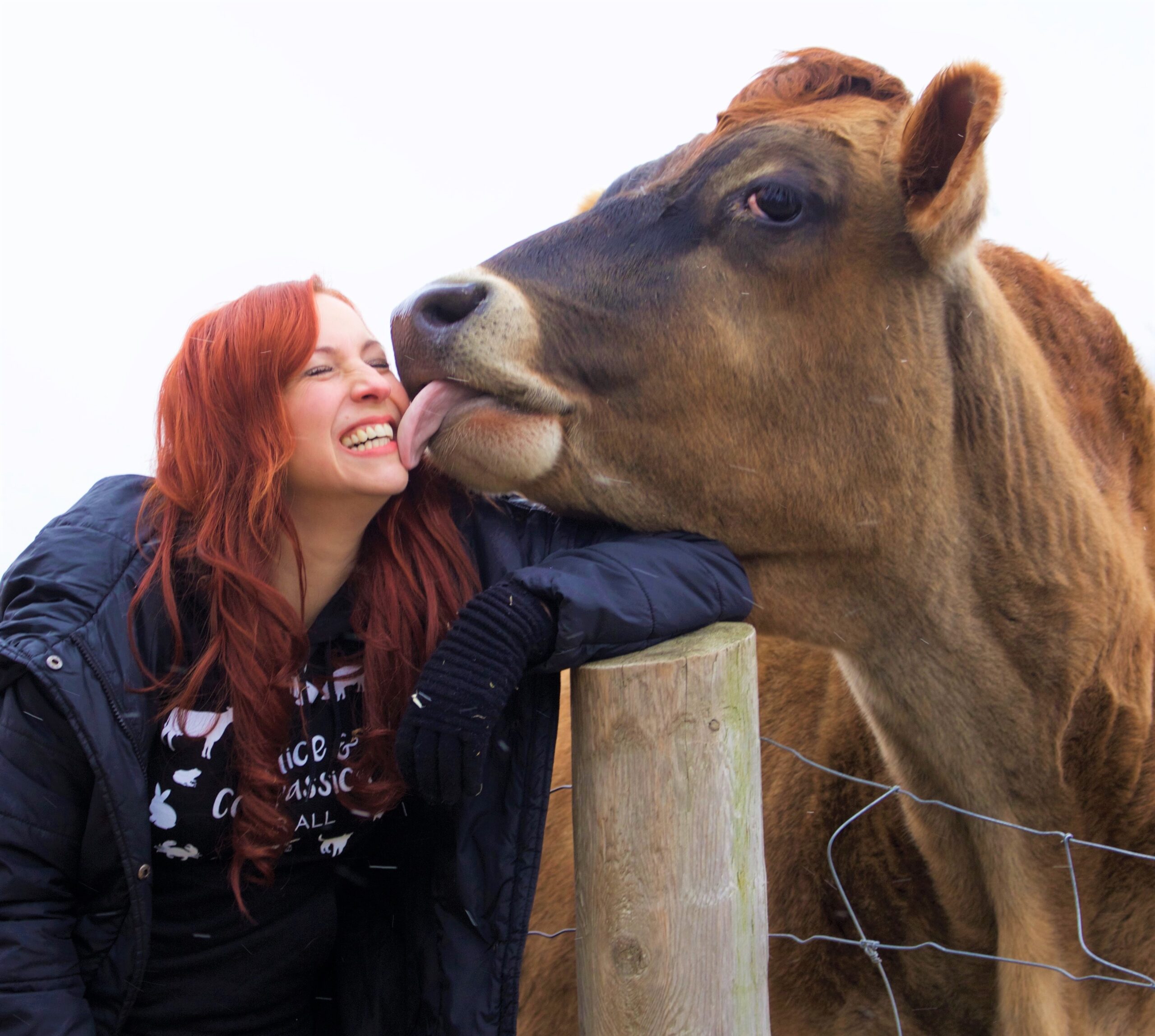 Kimberly Carroll— a veteran Toronto-based animal activist, leader, coach, and consultant—recalls in a “Talking Animals” interview, growing up in Manitoba, a sensitive child with a precocious connection to animals, yet like her family members and most fellow Manitobans, she was also an enthusiastic meat eater…and, perhaps improbably, latter-day vegan.

Carroll recounts that falling for twin calves during a calving season—while pondering what fate befell most of the animals at that farm—triggered her conversion to vegetarianism; 10 years later, after reading an array of books and seeing such films as Earthlings and Peaceable Kingdom, she went vegan.

This launched her on the path of what she called “grassroots activism,” though professionally she was already working as a television host-producer, which gave her activism skills that transcended the grassroots level. For example, Carroll remembers, she devised a subway campaign—“Why Love One, But Eat The Other?—that was enormously successful, going viral before “going viral” was a phrase.

(At my urging, she did touch on a chapter in her life that some might find difficult to square with the Kimberly Carroll we know today: That period when she traveled the world as a street performer….)

We discussed some of the multiple hats she wears, including “Coach For Changemakers,” starting with what, exactly, that phrase means—what kind of coaching this typically involves and the scope of her clientele. We delve into what tends to be the needs of activists and other change agents, work where, Carroll observes, the emotional toil is high.

She explains another of her multiple responsibilities: leading the Toronto Vegetarian Food Bank, like most such facilities, its resources are fervently sought as prices at grocery stores have soared, but this Food Bank aims “to show that you can help people without hurting animals.” Carroll comments on other topics, including that the scourge of Ag Gag laws have been spreading from the U.S. into Canada.