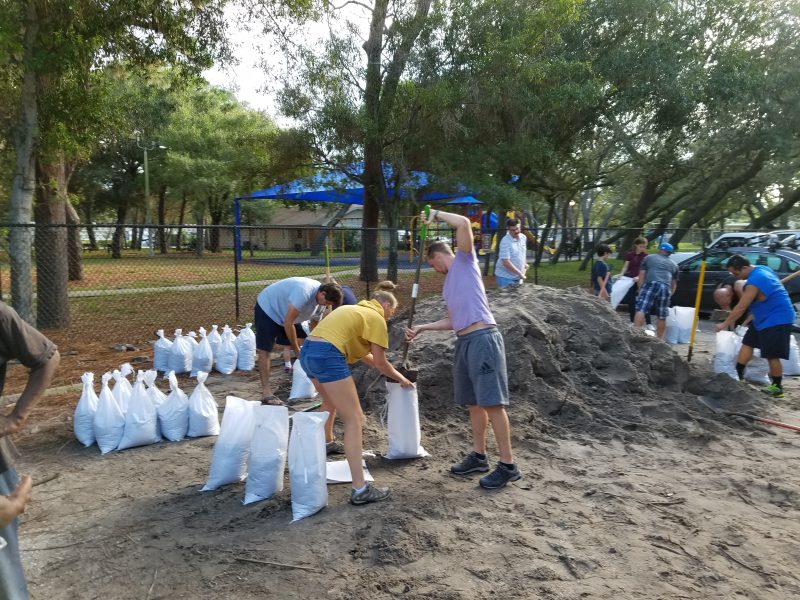 Governor Rick Scott declared a state of emergency Wednesday because of the approaching Tropical Storm Hermine. The state of emergency covers 42 counties, including Pinellas, Hillsborough, Polk and the counties north of the Tampa Bay region. It’s about 400 miles west-southwest of Tampa.

The National Hurricane Center has upgraded Tropical Depression 9 to Tropical Storm Hermine. Additional strengthening is expected during the next day or two and Hermine could be near hurricane strength by the time it makes landfall, which is expected to be north of the Tampa Bay area Thursday afternoon

Tropical storm conditions are expected to reach the Gulf coast Thursday afternoon. There is a danger of life-threatening storm surge within the next 36 to 48 hours.

“If you go to the New Port Richey boat ramp, it is already up to the pavement and a little bit over its banks. That’s a part of the astronomical tide. Thursday afternoon, that’s going to be a factor. That’s also about the time that we expect for the storm surge to start moving in.

“We are being told that we are gonna have between a 1-foot and 3-foot storm surge. We will have issue–I shouldn’t say issues. We’re anticipating it. We’re ready to respond to it. But, when that happens–if we have, let’s say 4-feet to 6.2-feet over the normal tides, then the Anclote River will go into, what is referred to as a ‘bathtub situation.’ The water is going to go in, then the tide will go back out, but, that water’s gonna stay in it. So, it’s gonna take some tide cycles for that stuff to start to even itself back out.

“So, we are anticipating river flooding on or about Friday or Saturday, as this water drains into the drainage systems; moves down into the tributaries and into the river. We anticipate that we’re gonna have a little bit of issue on the Anclote. I will say this, there is a river gauge monitor and all of our river gauges have shown a trend line going down and they are well well below action-stage, at this point.

“Now, back to the former reporter’s point: when we get that action into the river, where it’s not allowing it to drain, then we’re gonna see some increased issues.”

Guthrie says because of the rain and wind trees could fall on structures, cars or power lines.

In an early morning press conference, Governor Scott said to expect up to 9 feet of storm surge, heavy rain and flooding.

“It’s going to become a tropical storm. We have a chance that it could become a hurricane. From Pasco to Gulf County we’re under a storm or hurricane warning. What’s going to happen … 3-6 feet of storm surge, potential 7-9 feet of storm surge. So the first thing that’s going to happen is we have a significant risk along our coast. We’re going to see a lot of rain. We’re going to see 5-10 inches of rain, potentially even 15 inches of rain. … We have a risk of tornadoes – a significant risk of tornadoes. Everybody’s got to think of what you would do if there’s a tornado. You’ve got to take care of yourself and be prepared. First off, with regard to tornado: have the ability to listen to weather. Make sure you have a powered battery-operated or [hand-operated] radio so you can listen to what’s happened locally.”

Governor Scott says 8,000 National Guard troops are ready if they need to be deployed.