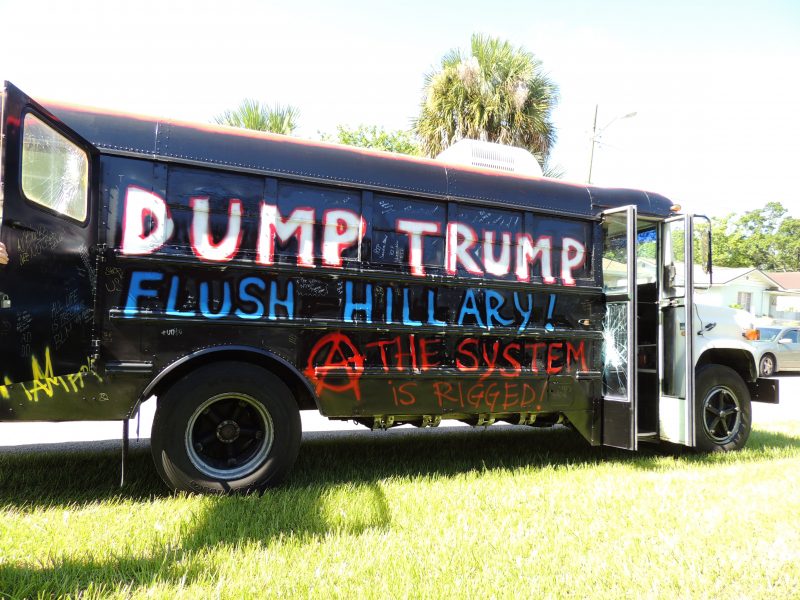 Republican presidential nominee Donald Trump was in Tampa Tuesday afternoon at a $25,000 a plate fundraising lunch. He was greeted by a couple dozen protesters outside the InterContinental Hotel building in Westshore. Some of them attempted to get inside, ostensibly to pay to get into the fundraiser.

Media were told to leave or be arrested. Tampa resident Muslim Ali told security he had a $25,000 check and wanted to pay to get in. 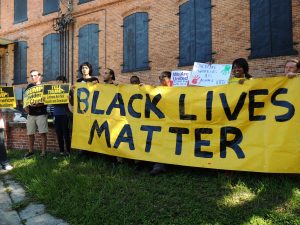 Another protester, Jae, with Black Lives Matter Tampa, asked that we not use her last name because she fears retribution from the military. The veteran hasn’t decided who to vote for in November.

Before the protest inside and outside the Westshore InterContinental Hotel, the anti-Trump groups held a press conference in front of the West Tampa historic cigar factory that until recently had been a Trump campaign headquarters. Rev. Charles McKenzie is with the Rainbow PUSH Coalition.

Representatives of Tampa NAACP, Fight for 15 Childcare Workers and the Latino group Young American Dreamers also spoke out against Trump.

Here’s video of activists trying to enter the Trump fundraiser: