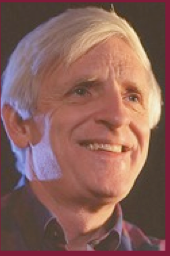 On Radioactivity Wednesday, we first discuss an effort by two local organizations to foster better understanding and dialogue between Muslim and non Muslim communities in a time of increased Islamophobia. Community Tampa Bay and the Tampa Bay Times Newspaper in Education program  has formed a partnership called the Pathways to Understanding, whose goals are to foster understanding of the immense diversity and depth of Muslim cultures around the world and here in the bay area, which is home to thousands of Muslims from a variety of ethnic backgrounds. We speak with Jennifer Russell and Sue Bedry from Pathways to Understanding, about an upcoming forum on understanding Islam that will take place in the Maestro’s Cafe at the Straz Performing Arts Center on Thursday, May 12 starting at 5:30.

Then we are joined by Matthew Fox, former catholic priest, theologian, and early exponent of Creation Spirituality a movement which  draws inspiration from the mystical philosophies of  medieval Catholic visionaries and the wisdom traditions of Christian scriptures. Creation Spirituality is also strongly aligned with ecological and environmental movements of the late 20th century and embraces numerous spiritual traditions around the world, including Buddhism, Judaism, Sufism, and Native American spirituality. According to Fox , he was kicked out of the Dominican Order of the Roman Catholic Church by Cardinal Ratzinger (who later became Pope Benedict XVI) in 1993 after the Church contested his writings in which he  were that he called God “Mother”;” preferred the concept of Original Blessing over Original Sin and did not condemn homosexuality. He will be speaking at Metropolitan Community Church in Tampa on Friday from 7-9 pm and Saturday 10 am- 1pm .