Home WMNF News USF researcher: number of fatal overdoses of some drugs is much higher than shown in federal database

The epidemic of overdoses by certain drugs is likely even worse than reported in a major national database; that’s the conclusion of a study published Tuesday by a researcher at the University of South Florida.

The study was published online in the journal Drug and Alcohol Dependence.

“We looked at the overdose death counts for overdoses caused by specific drugs.

“So, there’s two main data sources that we looked at. One is from the Florida Medical Examiners Commission. And in Florida there is a requirement that medical examiners, for any drug-related death, have to denote which drugs caused the death. So, we compared that data set to a data set that’s published by the Centers for Disease Control from the Federal government. And their data are based on death certificates. And the key issue with their data is that the death certificates don’t always denote which drugs specifically caused the overdose death.

“So, we looked at the differences between those two data sets, the Florida Medical Examiner data set and the CDC data set. And found that — for drugs that we were able to analyze — there was pretty substantial undercounting of deaths in the Federal data. For instance, the number of deaths that are caused, for instance, by cocaine are roughly 37% less than those in the Federal data.”

SK: So, what this means is that when you hear a statistic on the news about how bad the overdose rate is, it’s actually probably a lot worse? 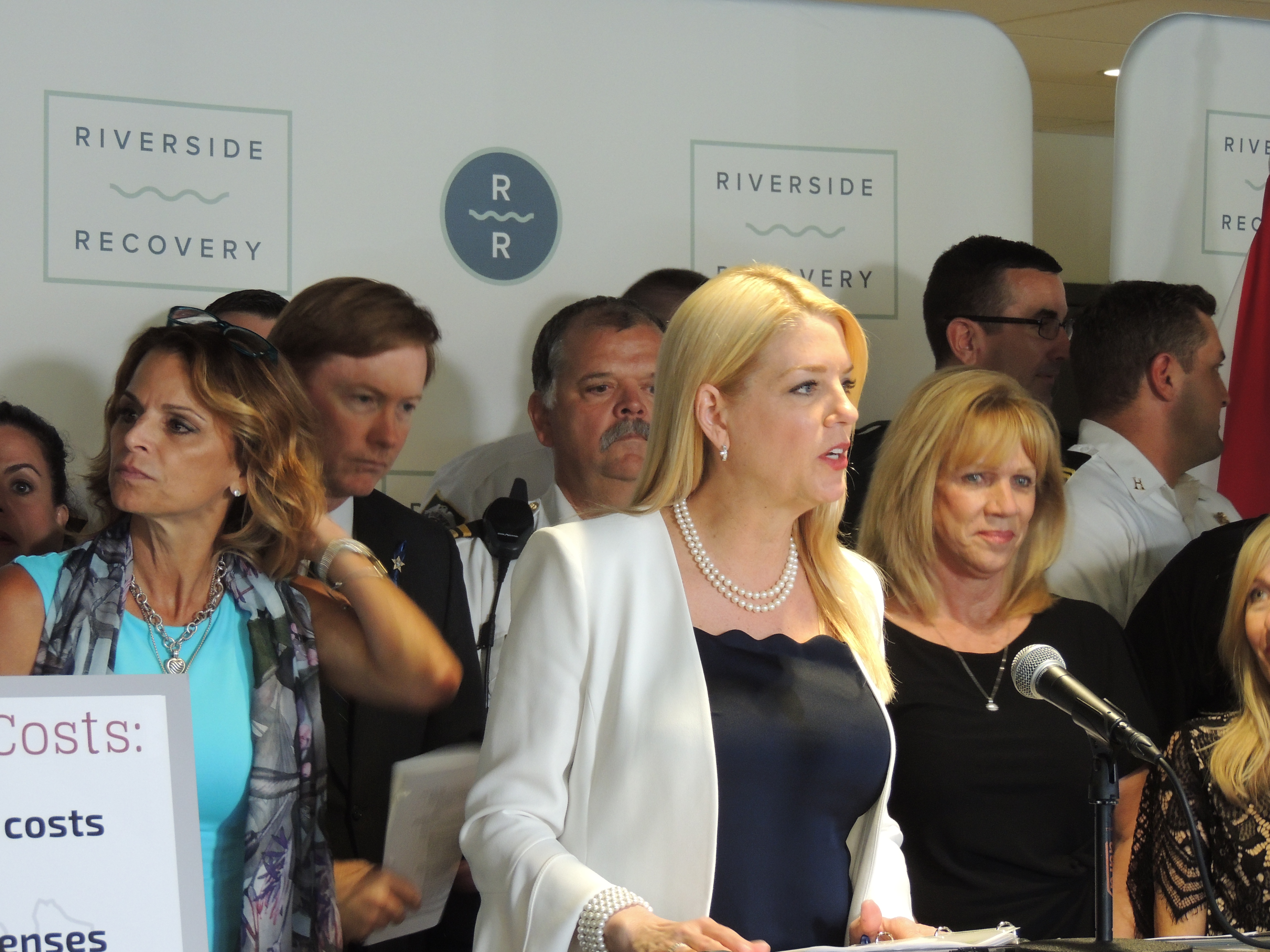 In May of 2018, then-Florida Attorney General Pam Bondi announced a lawsuit against opioid manufacturers. By Seán Kinane / WMNF News.

“Yes. And in order to clarify that, it’s specifically talking about death caused by specific drugs. So, the overall overdose death rate we did not look at. There’s no reason for us to think that that’s not capturing all those deaths. Here, again, we’re looking at the number of deaths caused by specific drugs. But yes, generally, especially for Florida, we were able to show that the number reported by the federal government is substantially less. Maybe as much as a third less than the actual number is.”

SK: You mentioned cocaine already. But are there other drugs that we should be — I don’t know if the word is skeptical — about the numbers that we’re seeing? But maybe that the actual numbers are a lot higher for which drugs?

“For instance, for opioids, we saw that for the time period from 2003 to 2017, the percent of deaths by opioids was roughly 34% higher in the Florida data than the Federal CDC data. We also saw that the number of deaths reported were less also for methadone and also for Benzo (benzodiazepines, such as Valium, Ativan, Xanax).”

SK: You’re suggesting that if Florida thought it had an opioid overdose problem, we do have a problem, but it sounds to me significantly more serious than we previously might have thought?

“It depends on what data sets people are using. So, local media often use the Florida Medical Examiner’s data, which is accurate. I think for us, the bigger issue is for national data. We think that there’s a substantial undercounting for national. So, if your listeners are reading reports based on the Florida data, I think those are the numbers that we use because they are highly accurate. It’s the Federal data that maybe refer to the national values that are potentially under-reported.”

SK: Why is it important to know if there’s an undercount in the reported number of overdoses?

“I think for us, the biggest issue is it clouds the ability for medical providers and policymakers to have an accurate awareness of what’s going on in terms of the epidemic. For instance, Fentanyl emerged as an issue in the last several years. And often the ability for providers, or for policymakers, to know that that’s a drug of concern, it starts with data.

“Whereas, if the number of deaths for a certain drug are being undercounted, it might obscure those trends, and might prevent the most effective response possible to those issues.”

SK: Are there any drugs that you haven’t mentioned yet that we should be particularly concerned about looking at the differences in the Florida reporting versus the national reporting of overdose deaths?

“Yes, one drug that definitely jumps out for us was heroin. Heroin is an opioid. It was interesting in our data, we found that the Federal and State values are very similar up through roughly 2013. Just over the last four or so years, there’s been this divergence, where the numbers reported by the Federal government has now become significantly less than that number reported in Florida data.

“And so, for us, the opioid epidemic is a very large, increasing phenomenon largely. And, for us to know what the cause is of these overdose deaths, we think that might be becoming obscure, especially in the case of heroin.”

“That is something that goes beyond our research. Pure speculation, but I think that the emergence of the Fentanyl epidemic is timed roughly the same. So, I think there might be some interplay there, where maybe the deaths are not being recorded in terms of heroin and just, instead, Fentanyl. That would be very speculative. But that’s an area that Florida is leading the country, frankly, in in terms of having better data. I think that we’re, potentially, an example for other states to follow.”