In April of 2010 BP’s Deepwater Horizon exploded and nearly 5 million barrels of oil spewed into the Gulf of Mexico over several weeks; the Gulf ecosystem was damaged and researchers are trying to figure out how badly.

One of the main scientists looking at the health of the Gulf was our guest on WMNF 88.5 Wednesday. Steve Murawski is a professor at the University of South Florida College of Marine Science in St. Petersburg and is the lead author of a seven-year study published in the journal Marine and Coastal Fisheries: Dynamics, Management, and Ecosystem Science that looks at the make-up of marine organisms in the Gulf of Mexico from the U.S., Cuba and Mexico.

The goal of this research is to find out what’s out there in the Gulf. In the paper it’s called “the first comprehensive, systematic, fishery-independent survey of the Gulf of Mexico (GoM) continental shelves.” 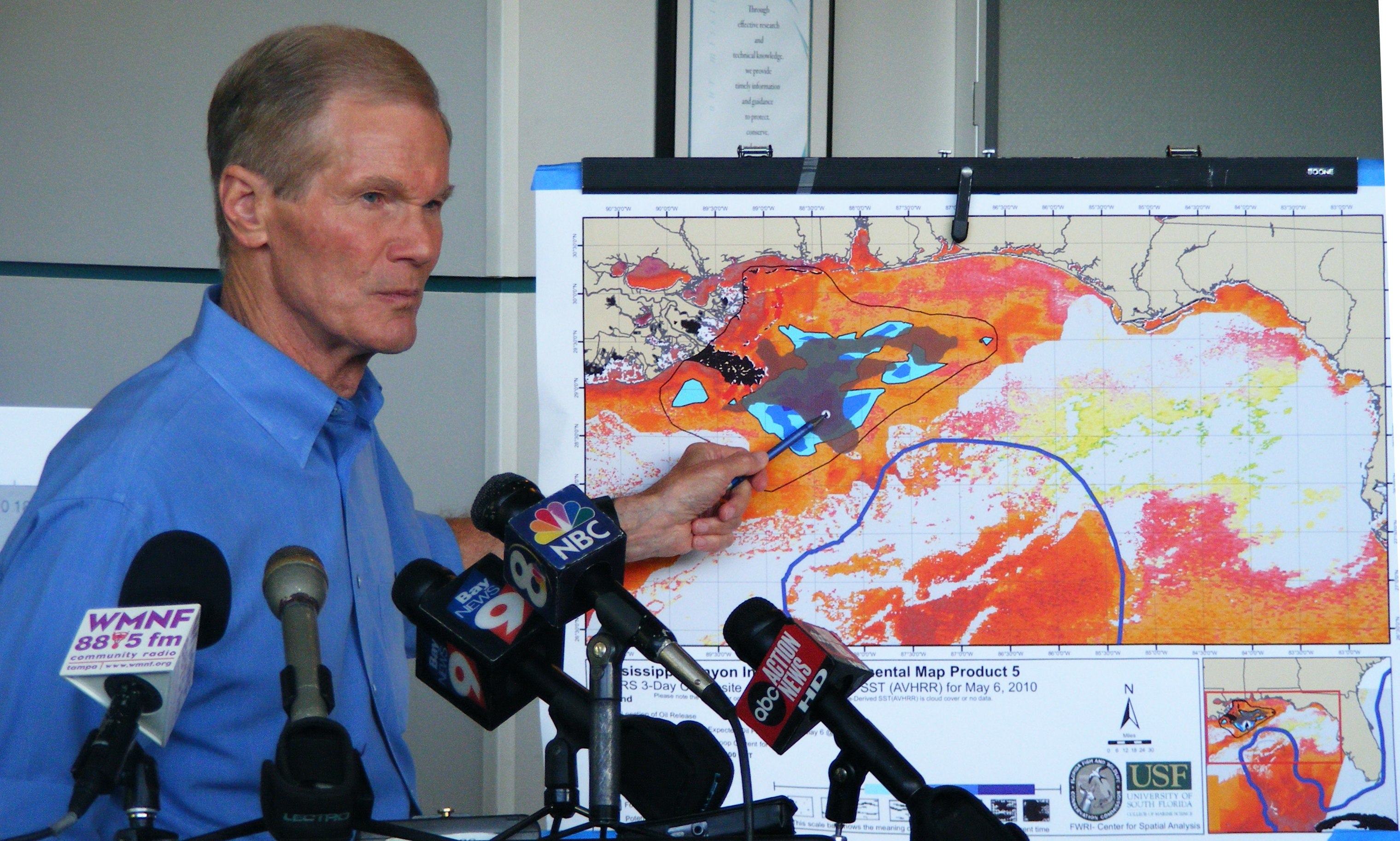 Dr. Murawski has said, “Neither the fish nor oil spills know national boundaries.” So, we talked about how this applies to the baseline information he’s gathering for Gulf of Mexico species and how it will help scientists and managers prepare for future oil spills.

During twelve research expeditions, researchers caught 15,000 fish from 166 species in the six zones of the Gulf of Mexico. Murawski and his colleagues found, “the most notable decline since the disaster is of the red snapper and southern hake in the northern Gulf.” That’s where the Deepwater Horizon oil disaster was. We spoke about whether those changes could be caused by something besides the oil spill, like overfishing or the Gulf Dead Zone that spreads from the Mississippi River delta.

Murawski and his colleagues speculate that strict fishery protections and higher phytoplankton concentrations contribute to the abundance of fish in the northern and northwestern Gulf.

The researchers — from Florida, Texas, Mexico and Cuba — found that the average sizes of fish were larger in the northern and northwestern Gulf compared to West Florida, Yucatan and Cuba.

The study may help scientists evaluate the resiliency of Gulf of Mexico fish species to stressors like overfishing, climate change, pollution, habitat loss and invasive species.

The research team is testing the specimens for oil, organic pollutants and heavy metals.

The research was funded by the Gulf of Mexico Research Initiative [GoMRI], which was established through $500 million from BP to study the environmental impact of the Deepwater Horizon disaster.

In 2014, Murawski spoke with WMNF about a finding that “Fewer skin lesions on fish is evidence BP oil is to blame for the ailment.”

Years ago, the National Institutes of Health found that human health was harmed by the dispersant used by BP. NIH found symptoms like coughing, wheezing, burning eyes or skin irritations. Some were temporary, some were long-lasting.

Also during the show we played a comment left by a listener about Tuesday’s show, the State of the State address from new Florida Governor Ron DeSantis.