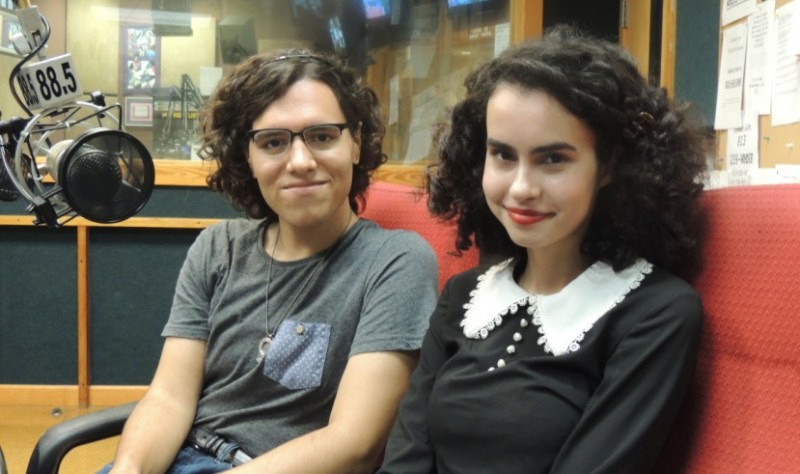 Some University of South Florida students are circulating a petition online to change the name of a building on campus that’s named after a former member of Congress who was also part of the Johns Committee, which persecuted gay and lesbian students and faculty in the 1950s and 60s.

The ROTC building on campus is named after C. W. “Bill” Young, a long-time Republican Congress member from Pinellas County who died in 2013.  From 1962 through 1965 when he was a Florida State Senator, Young served on The Johns Committee. Since the previous decade that group targeted gay and lesbian students and faculty. Joining us in the studio were Danya Zituni and Elizabeth Kramer from Tampa Bay Students for a Democratic Society.

The last bullet point of their petition reads “For a university that serves innumerable LGBTQ students, staff and faculty the name of this building is not only inappropriate, it’s reprehensible.”

We talked about the Johns Committee, the “lavender scare” and the “Purple Pamphlet.”WMNF invited USF president Judy Genshaft on the program. The university responded by email:

“Unfortunately, no one from USF is available for your program today.  We appreciate you reaching out and we will keep you posted if there any updates to share regarding this matter.”

Several years ago the LGBT newspaper Watermark said the John’s Committee “was based on the notorious McCarthy Panel and functioned as a state-sponsored hate group that investigated and persecuted homosexuals. …hundreds of teachers, administrators and students [were] fired, expelled or intimidated as a result..”

Here is how Bill Young responded when he was asked about the John’s Committee by the St. Petersburg Times in 1993. This is a quote from the online abstract of the piece: “As a young state senator in the early 1960s, C. W. Bill Young sat on the Johns Committee during some of its most controversial attacks on homosexuals. When the committee touched off an uproar for publishing a pamphlet that included photographs of homosexual acts, Young defended the pamphlet’s contents … And when a New York book club catering to homosexuals sold reprints of the report – known as the purple pamphlet for its purple cover and purple prose – Young reacted angrily.”