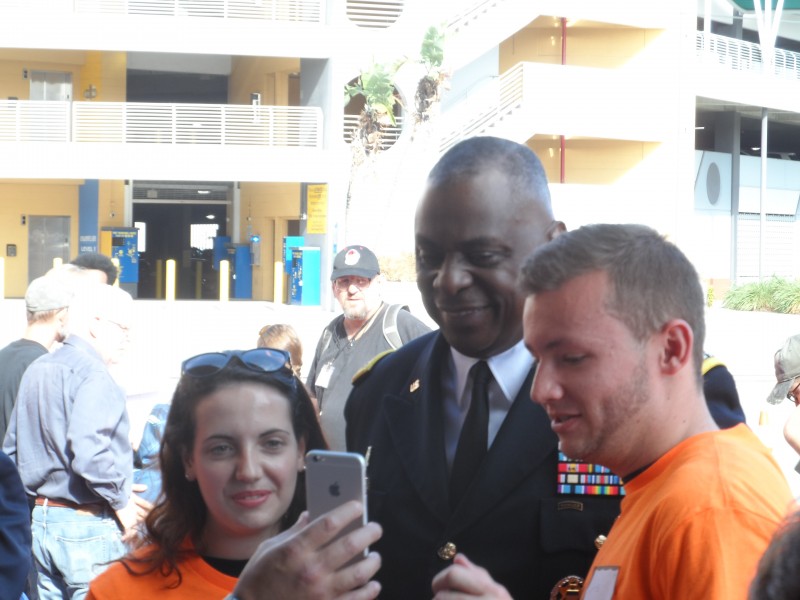 About fifty veterans who were homeless Wednesday morning now have a place to live, thanks to a program called Operation: Reveille. Inside a giant cruise terminal at Port Tampa Bay dozens of social service organizations set up tables to help connect those veterans and others with things like legal, medical and career services. Joseph Dorman was in the U.S. Navy in the 1980s. Last year he was one of the 53 homeless veterans who received housing at Operation: Reveille and is back this year to volunteer to help others.

Tiffany Lara is a U.S. Army Veteran whose husband had a stroke and lost his job. They lost their home. But she was helped by case workers and got a place to live at last year’s Operation: Reveille on Veteran’s Day.

William Powell is a homeless veteran of the Navy from 1989 until 1993 during the first U.S. invasion of Iraq. Powell says he gets good medical care but some veterans need a second chance for things like getting a job and a place to sleep.

During a press conference beforehand, the Commander of U.S. Central Command, General Lloyd J. Austin, III, said it’s the responsibility of citizens who have not served in the military to take care of the needs of veterans.

Since the first annual Operation: Reveille last year, four hundred veterans have been given ready-to-move-into apartments complete with furniture and household goods.