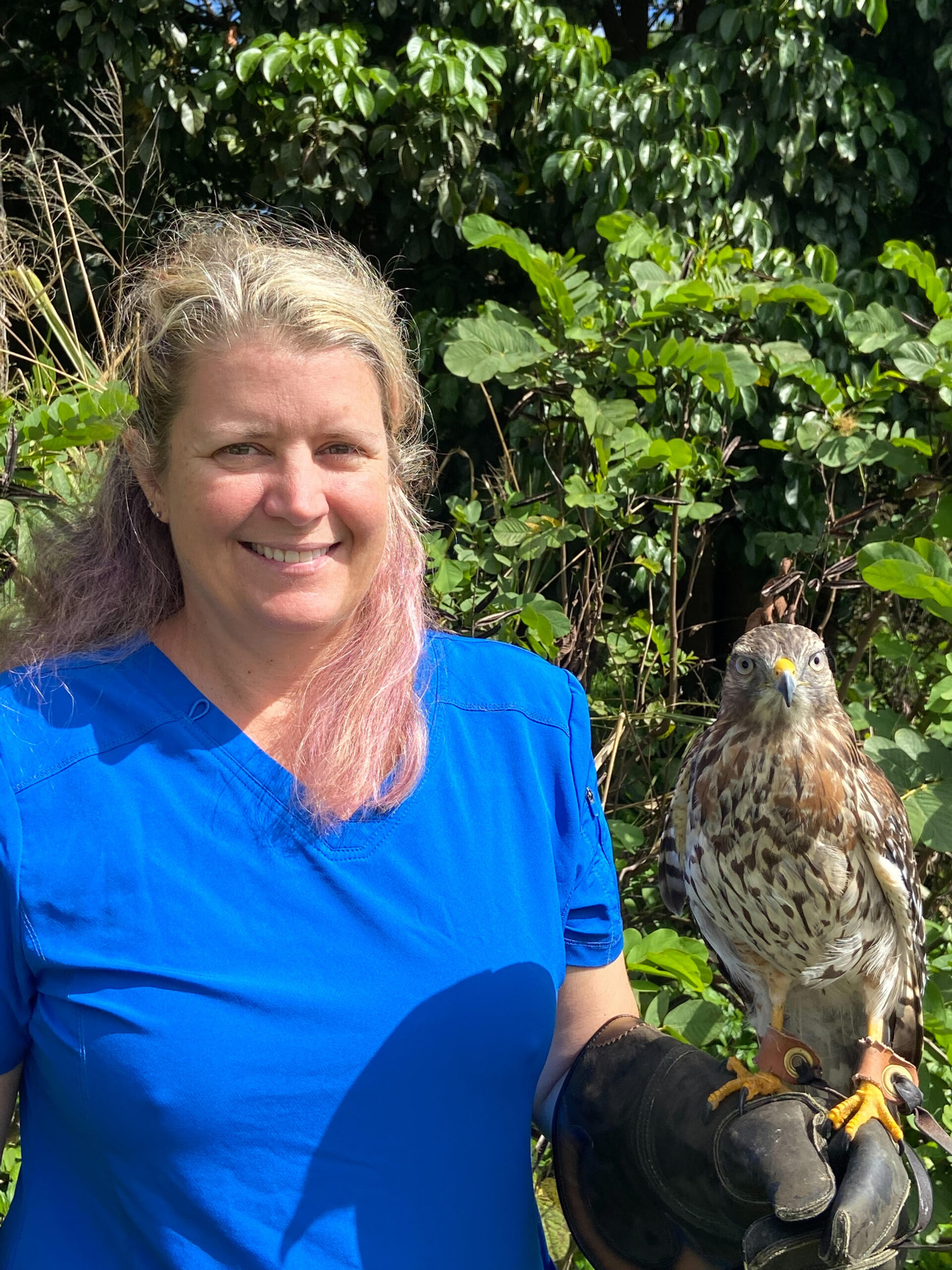 Dr. Heather Johnston—a veterinarian who serves as the Medical Director at Busch Wildlife Sanctuary, a multifaceted operation in Jupiter, Florida that, in celebration of March being Women’s History Month, was slated to present a “Women in Wildlife Panel Discussion,” there on March 29—recalls in a “Talking Animals” interview that she wanted to be a vet since she was a young kid, and other than a fleeting flirtation with becoming a jockey, that desire never wavered.

Indeed, she graduated from The Ohio State University College of Veterinary Medicine, and Johnston recalls, her earliest experience as a vet included working at an animal clinic and a wildlife facility, establishing a sort of dual storyline that, twenty years later, still courses through her career narrative: In addition to her duties at Busch Wildlife Sanctuary, Johnston practices at Harmony Animal Hospital, predominantly treating cats and dogs, though in a given day there, she says, she might see a rabbit, a guinea pig, or various reptiles. Johnston also maintains a strong interest in birds of all kinds—professionally and personally (having become a birder in her youth)—noting she can probably find something interesting about any bird, plus always being enchanted that they can fly, and we can’t.

She was particularly rapturous about raptors, but is enthusiastic about all the birds she mentions, pointing out that parrots not only can talk, but some research has shown they can read and understand what they’re reading. Johnston touches on her likely contribution to the “Women in Wildlife Panel Discussion” (which happened March 29; it was to be filmed and subsequently posted on YouTube). Using the then-breaking news of a tiger attack earlier that day at an animal sanctuary in Collier County, Florida—apparently, an employee not authorized to be with the tiger entered the enclosure—as a jumping off-point for Johnston describing the safety protocols at Busch Wildlife Sanctuary, which houses bears, Florida panthers, bobcats, alligators, crocodiles, and other critters that can be dangerous.

Because the Sanctuary is gearing up to move to a parcel of land almost twice its present size, I asked Johnston to address—as Medical Director—the plans and logistics she needs to formulate for relocating an enormous number of animals, across a sizable array of species.