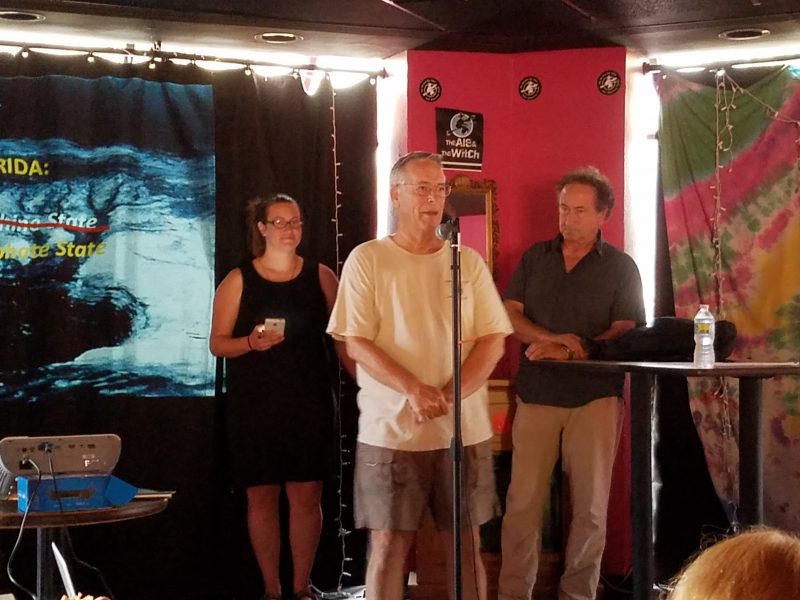 In July a wildfire on protected Egmont Key burned eighty acres of habitat; but an environmentalist says it may have actually benefited the wildlife on the island at the mouth of Tampa Bay. Dave Howard is director of Friends of the Tampa Bay National Wildlife Refuges.

“A lightning strike occurred. And we lost about – or gained (laughs) – 80 acres of nice, fresh, new soil. The undergrowth was all burned out. They had planned to do a prescribed burn on that island, it just occurred without any input except for lightning. There were three fire departments coming down and help do it. The fire, basically, was just south of the lighthouse. Mostly on the east side, all the way down to the pilot compound.

“Fortunately, the gopher tortoises and many of the critters found a home underground. But box turtles – we did find some box turtles didn’t make it; they’re not quite as smart as the gophers. But I want to let you know: about 200 acres is the size of the island, and I think that 80 acres burned actually turned out to be a good thing. And saved a little bit of red tape because they’ve been trying to get a permit to do that, they’re trying to get funds to do that and it’s done. So, thank you Mother Nature (laughs).”

Howard spoke Wednesday night at the Ale and the Witch in St. Petersburg as part of a lecture series called Ales and Wild Tails.

Most of the program was an update on phosphate mining in Florida and we’ll bring you that on MidPoint Monday at noon.