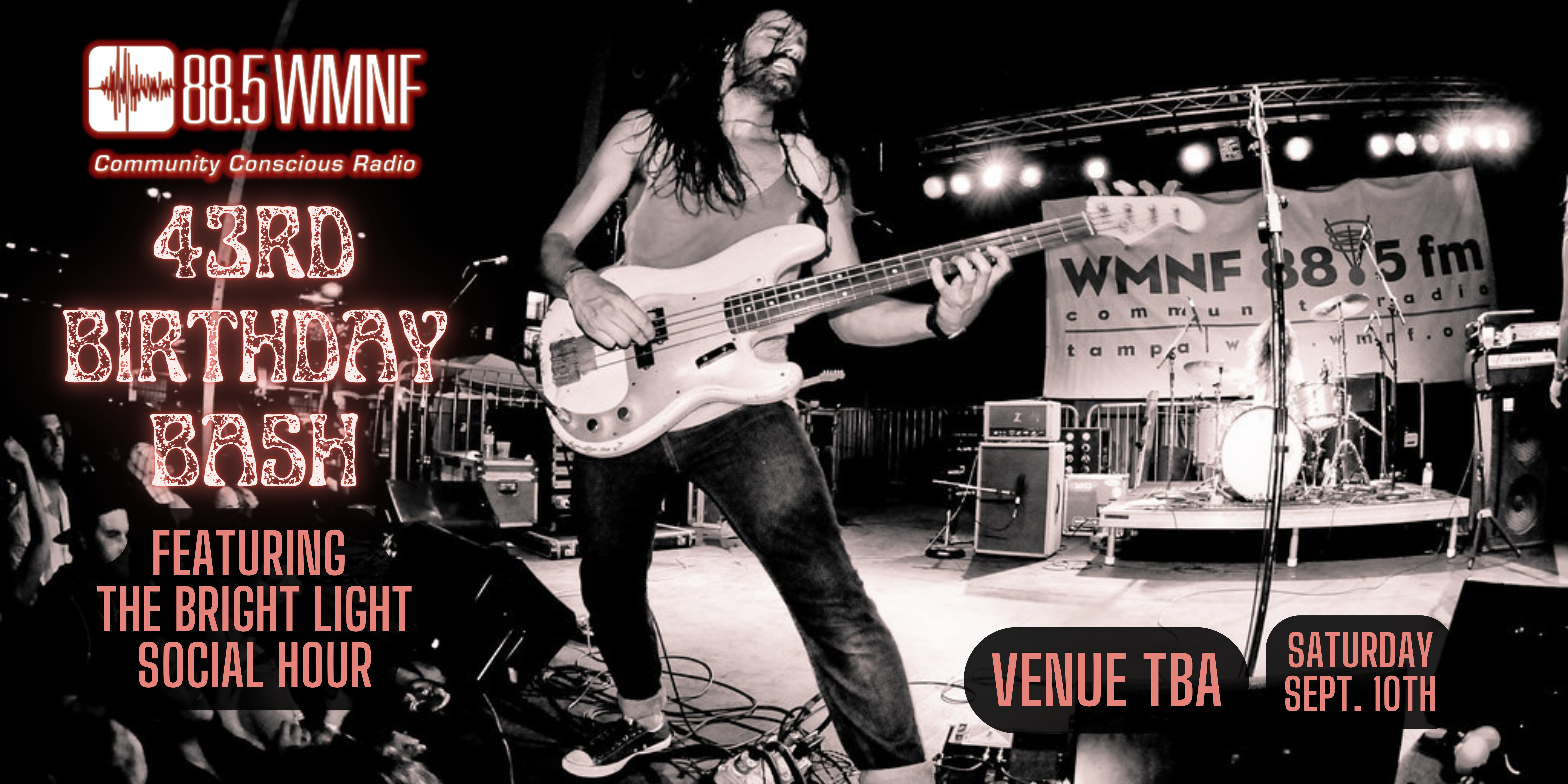 Venue to be Announced

No WMNF Covid Event Protocols for this event. Masks will be provided for those who want them. Masks are not required for entry.

Come celebrate your Community Radio Station that is still delivering eclectic music and independent news 43 years later!
WMNF’s 43rd Birthday Bash will be rockin’ at The Palladium in Downtown St. Pete, featuring Gasparilla Music Festival and Heatwave performers The Bright Light Social Hour! If you want to have your fun and eat WMNF’s birthday cake too, join us for a nostalgic night of dancing and community.

Iconoclastic in their mercurial sound, the band has released four studio albums including their 2015 masterpiece Space Is Still the Place and Jude I & II, produced by Chris Coady (Beach House, Future Islands). Along with original soundtracks for HBO, MTV, and Nintendo, the band was tapped by Bryan Cranston (Breaking Bad) to write and record the BMI award-winning theme for Amazon’s Sneaky Pete. Their legendary North American performances number in the thousands, featuring Austin City Limits, Lollapalooza, and Corona Capital, as well as support spots for Aerosmith and The Flaming Lips.

Scroll down to buy your tickets now!