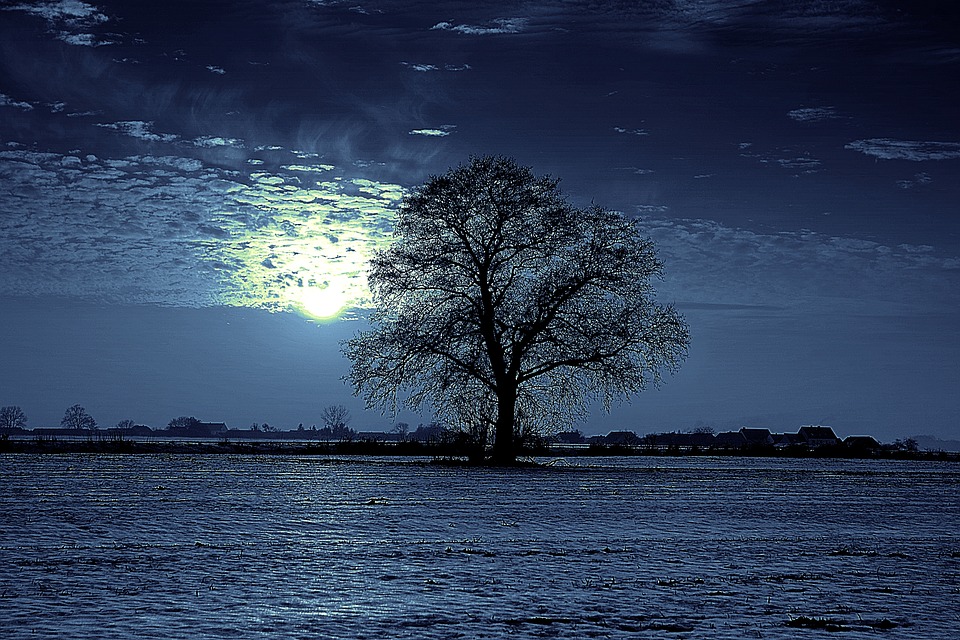 Tomorrow (Thursday, December 21st) at 11:28 AM EST is the Winter Solstice – marking the shortest day and longest night of the year.  Sol-sun, Sistere-stopped or stationary, the sun stands still.

For many  ancients, this was a time of concern and reflection.  Will the sun resume its passage in the sky?  Were the crops good enough, the harvest enough to get us through the long winter?  Will the snow be too deep for the animals to forage?  Death follows the shadow of the winter light.  For us now, it seems we do not have the problems of the cold, frozen ground, but rather explosive fires in the land, in the politics, in the politics of peace and in the concerns of our hearts.

I am not worried about the sun, I’m worried about the light in our hearts.  e e cummings might think we are “slouching toward Bethlehem,” but we are trying to blow it up before we get there.  There is a wide hiatus between the solstice and the sun standing still and the promise of a birth and a new beginning.  It is not measured in time, it is measured in hope.

REBECCA GORDON, a TomDispatch regular, teaches in the Philosophy department at the University of San Francisco.  She is the author of American Nuremberg: The U.S. Officials Who Should Stand Trial for Post-9/11 War Crimes (Hot Books, April 2016). Her previous books include Mainstreaming Torture: Ethical Approaches in the Post-9/11 United States and Letters from Nicaragua.  She has written a penetrating analysis of our time “The World Is Ready to Burst Into Flames, and Donald Trump Is Holding the Match:  Who will save us from our pyromaniac in chief?”  We will discuss her thinking, particularly in alignment with the Solstice.  And remember, “Hope is that thing with feathers” (Emily Dickinson).

Happy Solstice and Happy Holidays, whatever you celebrate!