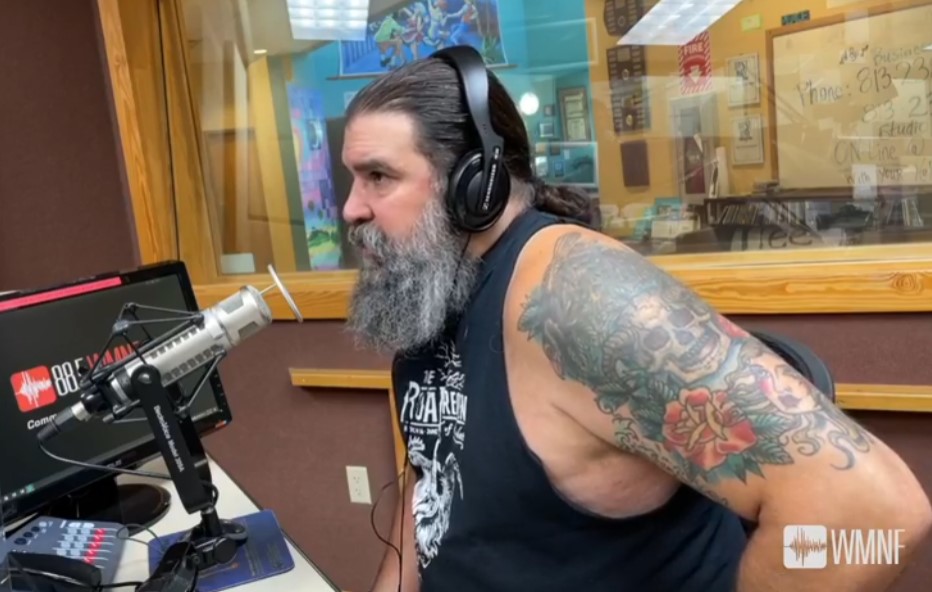 The COVID-19 pandemic – and the surge caused by the delta variant – continues to impact independent music venues.

A local bar owner says it’s being made worse by leaders in some states like Florida that forbid venues from enacting COVID safety precautions.

On Tuesday, WMNF spoke with Tom DeGeorge, owner of the Crowbar in Tampa’s Ybor City. Because some bands refuse to play Florida he has had to cancel shows. And he doesn’t know whether Florida’s rules will impact the promoters of other major concerts, like the Gasparilla Music Festival, scheduled for October.

“I have talked to them. I know that they’re weighing different options. But I think everything is a possible threat right now. If we’re in a state that we can’t utilize 100% of the things that are out there to keep people safe, and you’re dealing with artists, like I said, that have to travel all over the country, I think we’re in big trouble. I mean, we lost the “Off With Her Head” show. I had Skip Marley scheduled in October. I didn’t even get a chance to announce that because he canceled before. And I already have several fall and winter dates that they have now held spring dates because they’re concerned that if we can’t get these cases down that, you know, they don’t want to come.

“And have been telling people a year ago like, hey listen, when there’s a vaccine or there’s no vaccine, if we can’t get these numbers under control in our state and really take this seriously, we’re not going to get these bands back. And, you know, like I said, there’s people that will say, “Hey well I’ve seen plenty of shows.” There’s going to be some bands who will come. But there’s going to be probably 60% of them that will not under these conditions. And in order to get it back, we need to be able to use all of our resources.”

SK: Well, Tom DeGeorge, before I let you go, is there anything else that you want people to know about independent music venues or about the National Independent Venue Association?

“All our venues here in the state of Florida, not just Crowbar, all of our venues here in the State of Florida, the Orpheum, the Ritz, venues big and small, we’ve all suffered a great deal, like most Americans, over this last year-and-a-half. And we’re just trying to get back to business. We’re trying to do it in a way that is safe as possible for our customers, so the consumer confidence builds, as well as the artists, because, like I said, they have to get from state to state. And asking them to go into indoor packed rooms, especially, like I said, small venues like mine, you know, it’s not right. So, we need to make it right. And that’s the only way we’re going to get our industry back completely, as soon as possible.”

Also on the show, we heard a forum with eight candidates for St. Petersburg mayor.

The primary election is Tuesday August 24.

Find out more at https://www.votepinellas.com/.