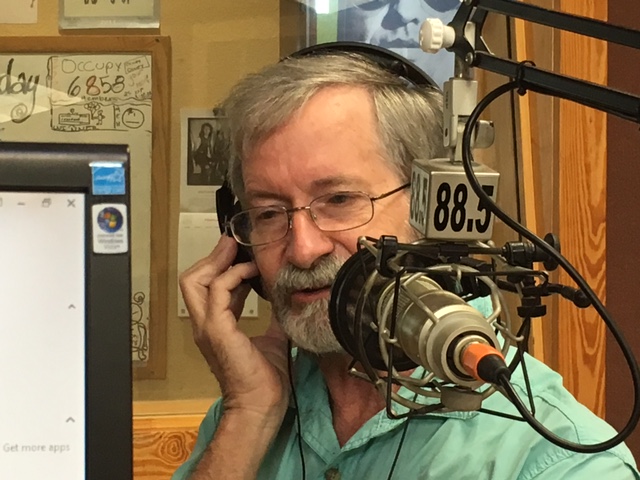 Coming up today we’ll meet the gyrocopter pilot Doug Hughes who flew onto the US Capital lawn – hoping to draw attention to the need for campaign finance reform. For the flight he spent 120 days in prison. He’s out now and we’ll talk with him in a moment.

But first- one listener comment about yesterday’s program on which we talked about the Trump campaign’s contact with the Russian government prior to Trump’s inauguration. Here’s what one listener had to say.

On Tax Day in 2015 a 61 year old mail delivery worker and father of four from Ruskin Florida flew a gyrocopter onto the lawn of the US Capitol building. He was carrying 535 letters to each member of Congress, demanding an end to the control Big Money has over government. The pilot was arrested and after a trial sentenced to 120 days in prison. He lost his job with the post office. The postman is now out of prison and he’s now trying to build a movement to combat the power of Big Money over government. Some people consider him a modern day hero for the cause of trying to clean up what many say is the legalized corruption in our political institutions. Doug Hughes joins us live right now.