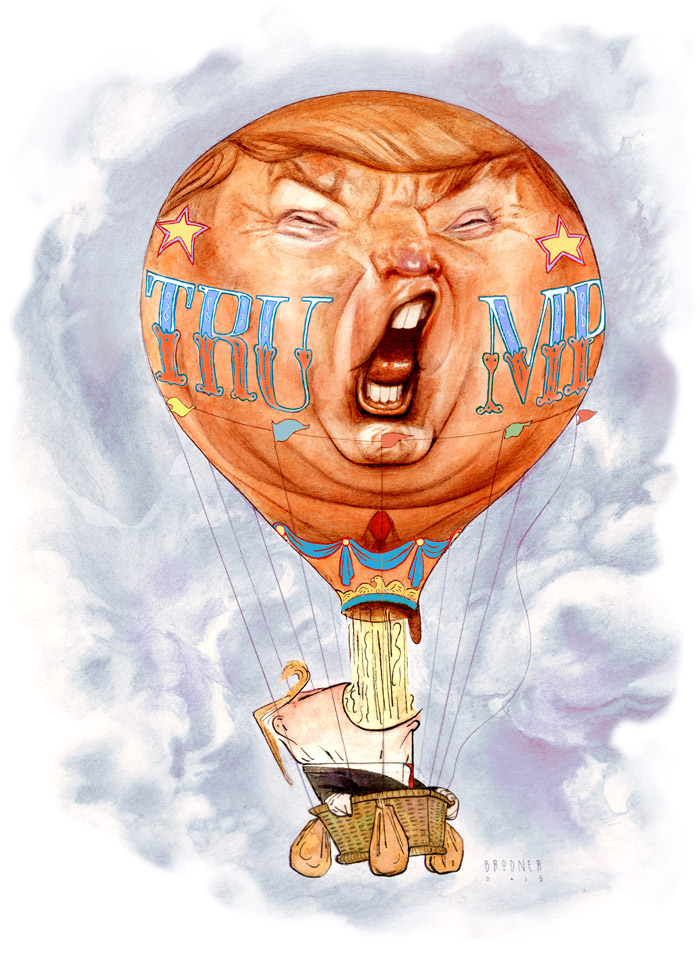 There’s an old saying, “Be careful what you wish for.” With that venerable adage in mind, let’s reflect for a moment on the unequivocal fact that the moment Barack Obama was elected President, the loyal opposition wasted no time in feverishly going to work to denounce his every utterance, move or even the teeny tiniest bat-of-his-eye-lids. With their non-stop scramble to deride, ridicule and berate the President, they also comfortably succumbed to tolerating and enabling childish name-calling and crude, unseemly rhetoric. This uncouth behavior, has not only gained momentum, it has become de rigueur.  So much so, that when the crown prince of bloviating, taunted the world with yet another crazy notion of running for President, the other clown car characters felt empowered to up the anti with wacko pronouncements. Unfortunately for them, The Donald

continued on with his jest.  All of the wacko-doodle pronouncements from Cruz, Huckabee, Paul, Rubio, Christie, Santorum, Walker etc, paled as Mr. Trump blurted out one over-the-top looney quote after another. It has been like the class clown on the school bus deliberately and proudly letting out a fart. Everyone knows he did it, including the teachers, yet no one knows how to handle it.

While the GOP contenders flap their arms, squawk meaningless drivel, the Democrats gloat and cable news goes giddy, there is one talented group who see the whole spectacle as a dream come true – Illustrators! Mr. Trump is the ultimate caricature, says esteemed satirical illustrator and caricaturist, Steve Brodner

. To help us understand why political illustration has become so popular recently, and the fascination  with caricatures of Trump, Brodner

will join the next edition of Life Elsewhere. Steve has been putting pen to paper for a long time to craft memorable political caricatures, he is a master of the editorial idiom his work has appeared in most major magazines and newspapers in the United States, such as Rolling Stone, The New York Times, The New Yorker, Esquire, Time, Playboy, Mother Jones, Harper’s, Mother Jones, The Atlantic. Make sure you do not miss Steve Brodner and his thought-provoking opinions, including why racism refashioned political illustration, during Obama’s term.

To see a selection of caricatures that illustrate this post, go to http://lifeelsewhere.co/