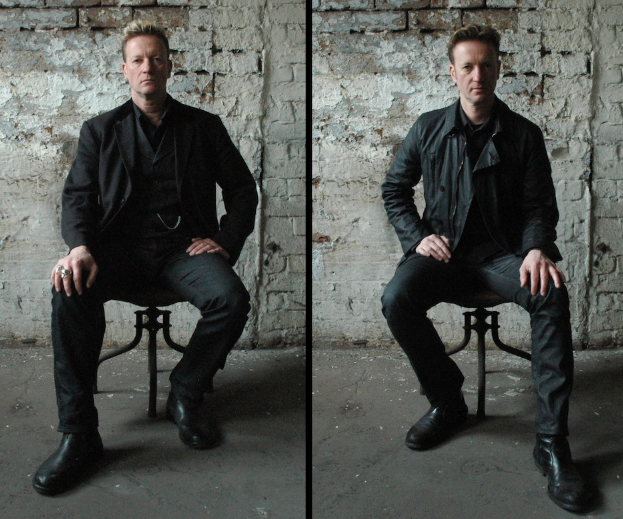 Alternative, Ambient, Atmospheric, Cinematic, Electronic, Experimental, Industrial, Modern Classical, Neo-Classical, Soundtrack, these are just some of the labels used to describe In The Nursery, the Sheffield-based musical project centered around the nucleus of twin brothers Klive and Nigel Humberstone who have been producing music since 1981. Even their own publicity reads, “Their cinematic style blends electronics, classical arrangements, orchestral percussion, and soundscapes evoking a timeless quality.” The conundrum of slotting In The Nursery into a convenient genre is made all the more enjoyable or difficult depending on your skill at understanding how the brothers Humberstone present themselves. On exploring their vast and exemplary catalog you soon discover that Klive and Nigel have maintained a distinctive image since their beginning. But, contrary to their controlled and unsmiling visages, in conversation, the brothers are unaffected and congenial.

“I have been a longtime unabashed fan of In The Nursery.” Says Norman B, “To be able to spend an hour chatting with Klive and Nigel was a delight and I’m so pleased to be able to share our conversation with listeners to Life Elsewhere.” Examples of In The Nursery’s excellent work are included throughout the conversation including an unexpected version of John Lennon’s Imagine by Nigel’s separate project, Everly Pregnant Brothers. Plus the twins talk about how their reworking of a sample from Sabres of Paradise’s Haunted Dancehall may be used on BBC Radio 1 in a loop on the announcement of Queen Elizabeth’s death. Make sure you don’t miss this informative, engaging conversation with Klive and Nigel Humberstone of In The Nursery.