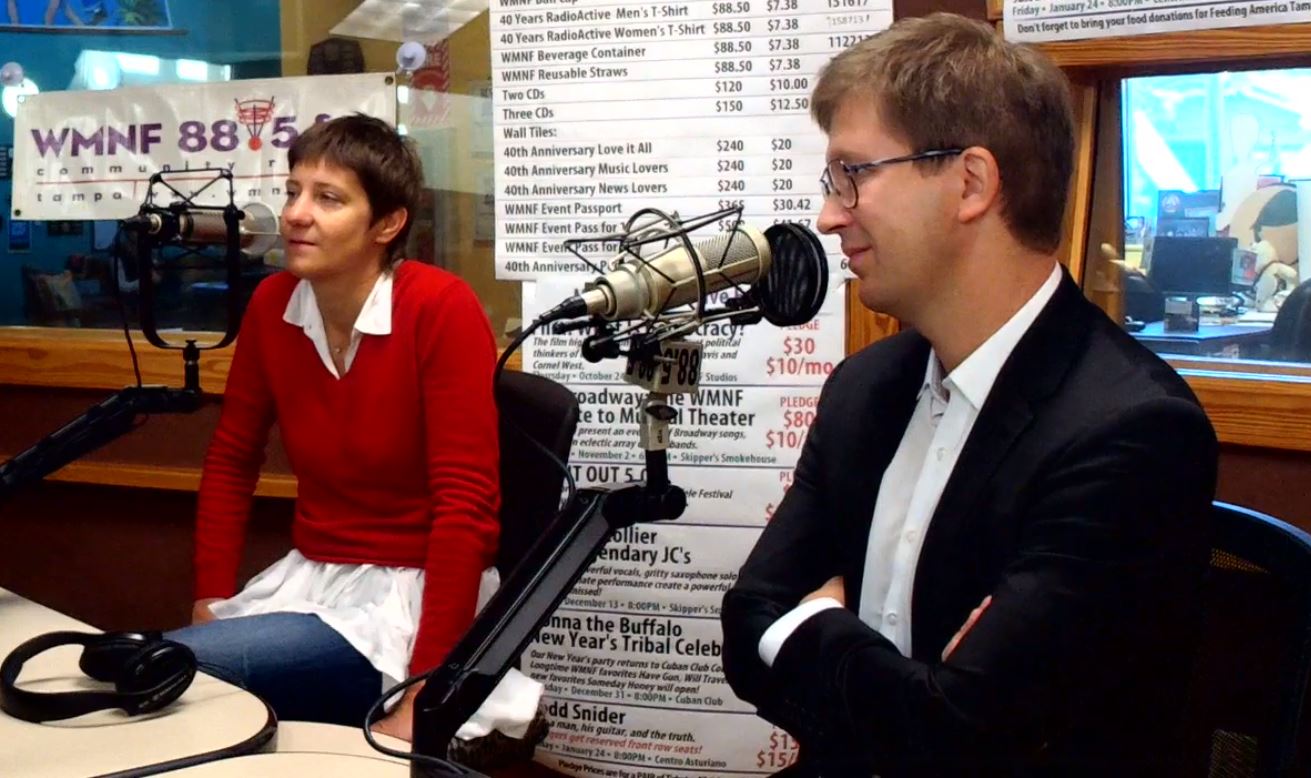 Good morning, welcome to Radioactivity. I’m Rob Lorei. Later in the program we’ll meet a Kurdish American now living in South Florida who will give us his perspective on the decision by the US to pull its military out of Northern Syria—and the subsequent Turkish attack on the Kurdish region.

But first–Russian investigative journalists and authors, Andrei Soldatov and Irina Borogan, are experts on the Russian security services and the founders of the website Agentura.ru. They will speak about contemporary Russian politics, drawing upon their recent books, Red Web: The Struggle Between Russia’s Digital Dictators and the New Online Revolutionaries and The Compatriots: The Brutal and Chaotic History of Russia’s Exiles, Emigres, and Agents Abroad.

Swiss police say a Syrian Kurdish man set himself on fire in front of the United Nations refugee agency’s headquarters in Geneva.

A police spokesman said the man, who was born in 1988 and lives in Germany, set himself on fire with gasoline Wednesday morning. Security guards doused the flames and the man was then taken by helicopter to a hospital in Lausanne that specializes in treating burns.

Police said they do not know if the man left a political message and that his condition is too critical to question him.

Earlier this month, Turkish troops began a military operation in northern Syria against Kurds there, after the U.S. pulled out troops who had partnered with Syrian Kurdish forces in the war against the Islamic State group.

Meantime— A senior Russian diplomat says Moscow expects the United States to shut down its remaining military base in southern Syria.

Deputy Foreign Minister Sergei Vershinin said Wednesday the U.S. troops must leave the base in Tanf near the Jordanian border. He said the “illegitimate” U.S. presence should end to let the Syrian government fully reclaim control over the country.

Turkey invaded northeastern Syria on Oct. 9 to push back Kurdish fighters from its border following the withdrawal of U.S. troops from the area. On Tuesday, Russia and Turkey struck a deal to share control of Syria’s northern border and conduct joint patrols.

Earlier today I spoke with David Petkas who is a Kurdish immigrant- now living in South Florida. He runs a Facebook page for Kurds in Florida.