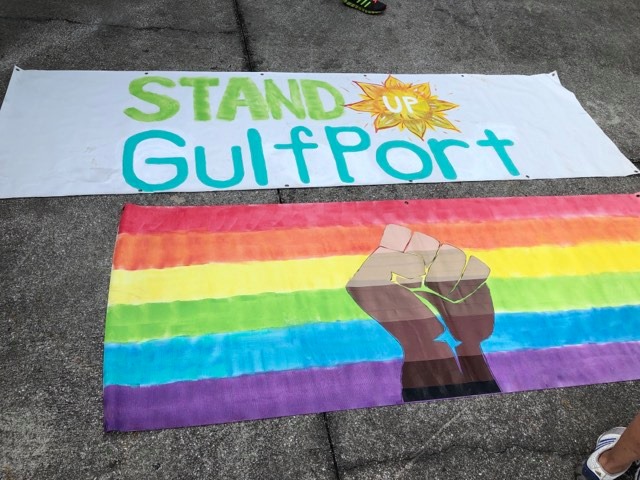 A bill some fear will compel teachers and counselors to forcibly out LGBTQ students to their families is making another round through the Florida legislature and some fear the consequences could be fatal.

With passage in the House Thursday, the Parent’s Bill of Rights is one step closer to becoming law.

Kent Marerro of Q LatinX said they might not be here if bills like it were around when they were in school.

“I grew up in private schools where religion was the guiding factor of education and if somebody had outted me prior to my being ready, I might not be here today,” they said.

Last year’s version of the bills passed the House but stalled in the Senate. This year, both have moved through the committee process swiftly and favorably. The House version passed Thursday with a mostly party-line vote of 78-37. The Senate version is next scheduled for a stop in the Rules committee.

The bill’s sponsors, Ray Rodrigues in the Senate and Erin Grall in the House – both Republicans – said the bill doesn’t create new statutes. It just puts existing parental rights in one place. But a growing number of LGBTQ rights organizations oppose language in the bill.

During a March Senate Committee on Judiciary hearing, Jonathan Mower of Equality Florida said the 2021 bill is an improvement over last year’s but problems remain.

“Nevertheless, our primary concern remains,” Mower said. “That this bill could compel schools to out LGBTQ youth who are facing unsupportive or dangerous household environments.”

Struggles with identity, safety and mental health continually plague the LGBTQ community. Last year, the Trevor Project released its National Survey on LGBTQ Youth Mental Health 2020. The survey found 40 percent of LGBTQ youth seriously considered suicide; a third had been physically threatened or harmed; nearly a third were kicked out of a home and almost half sought counseling from a mental health professional but couldn’t get access.

A study published in the journal Science Advances found that members of the LGBTQ community are nearly four times as likely to be victims of violent crimes. And those attacks usually come from someone they know.

Democratic Senator Tina Scott Polsky said the concerns were valid and warnings should be heeded.

“If these rights already exist then let’s leave them as is,” Polsky said. “And the fact that many people testified against and are expressing concerns about how they feel, and perhaps vulnerable students. We should take pause and respect those constituents’ wishes.”

Marerro of QLatinX said the Parental Bill of Rights could take away the only safe space some LGBTQ youth have.

“Some kids have only one place where they can be their true selves and that’s school,” They said. “If we take that away from them, we take away their one avenue to actually exist.”

Last week Democrat Shevrin Jones told the Senate Committee on Education how difficult it was to come out as a gay Black man. It caused friction in his family for years. Still, he counts himself lucky. Opposing the bill, he said not all are as fortunate.

“Their parents kick them out. They’re homeless they’re murdered. This is a reality that happens,” Jones said. “The members of the LGBTQ community, even speaking for myself. We show up as our true selves every single day with the hope that no one will discriminate against us. That no one will treat you differently. And that you can just live your life as your full self.”

LGBTQ Advocates have also spoken against Florida bills limiting transgender participation in sports. Similar bills popping up around the country have been struck down federally. Several major companies and sports organizations like the NCAA have indicated they’d limit operations in states that pass laws discriminating against the LGBTQ community.