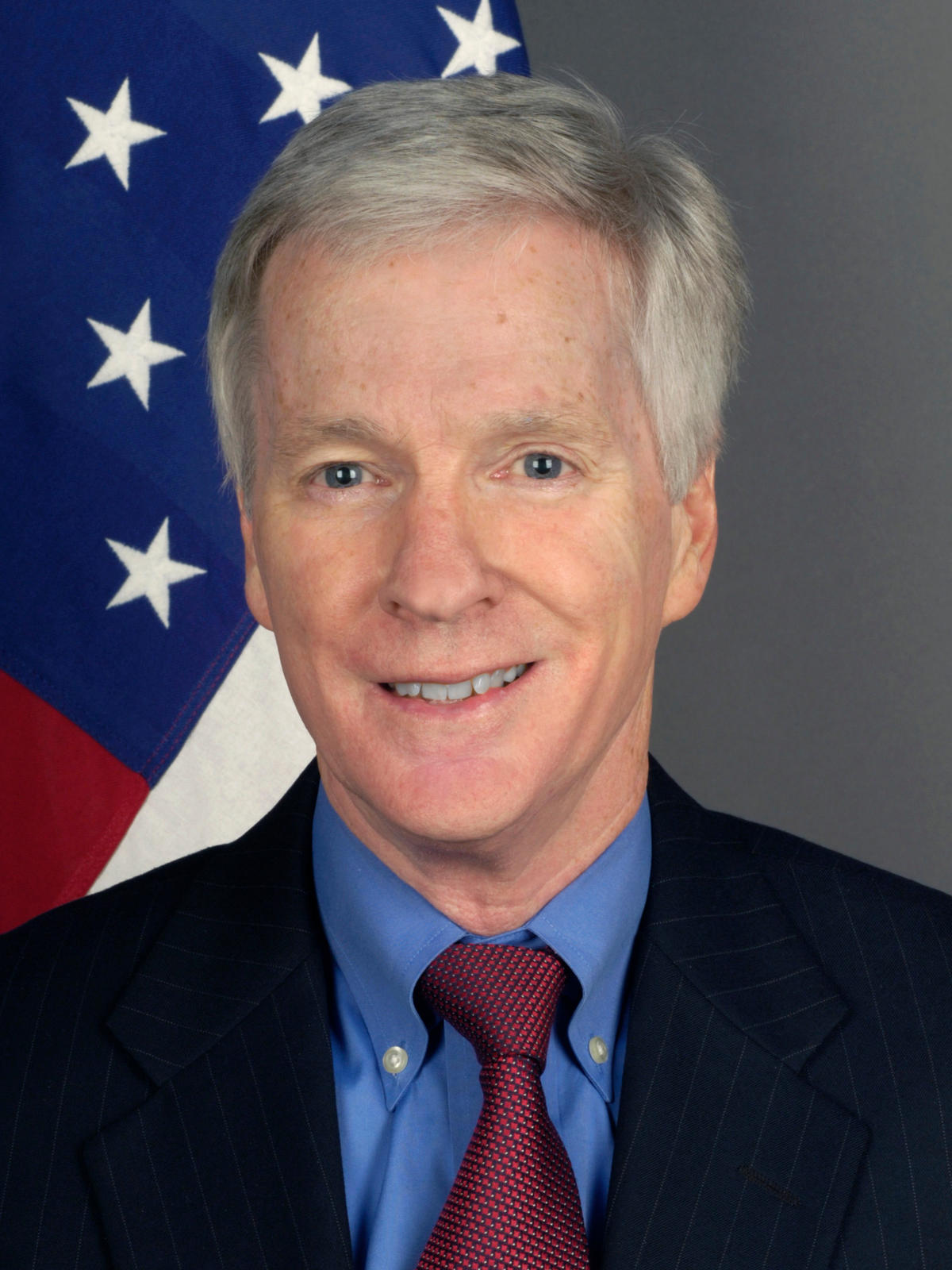 Former Ambassador Ryan Crocker is diplomat in residence at Princeton University and was U.S. ambassador to Afghanistan, Iraq, Pakistan, Syria, Kuwait and Lebanon under the four presidents who preceded Donald Trump.

Late last month the U.S. and Taliban agreed to a framework for a cease-fire that could lead to a full withdrawal of U.S troops. Why do you compare that to a surrender by the U.S.?

“The hard fact here is that by knuckling under to the Taliban’s demand that has been a Taliban demand for the last 15 years that the Afghan Government not be in the room, we have conceded a huge point. And the only explanation I can find for that is that we have decided we are done in Afghanistan, we’re going home, and we will just try to get the best deal we can. And that’s reminiscent to the Paris Peace Talks on Vietnam. The Americans surrender was already a given. It was only the modalities that remain to be looked at.”

So what would be an alternative? How would you bring in the Afghan government and still be negotiating with the Taliban?

“Well, that was the point I tried to make. That it is not too late to re-vector the course we’re on. The framework agreement is not in itself a negotiated document. It is an agenda for a negotiation. And if we were now to say that we’ve got the technicalities out of the way, now we have the substance, the Afghan government must be in the room for the substance.”

Do you think that the U.S should eventually leave Afghanistan if it’s in the U.S.’s best interest?

“Well, that’s a great question, Seán. What is in the best interest of the U.S.? The way I see this, I was in Afghanistan at the very beginning, opening the embassy in the beginning of 2002. One of the first things we did was get girls back into school, where they had not been for six years, because of the Taliban. So, if we’re looking at our long term interest, we also have to look at our long term values. Because it is very, very clear. That if the Taliban are back in power it is not going to go well for girls and women in Afghanistan. These are the people we urged to step forward. Well they did step forward, and implicit in our whole policy there, was “We’ve got you’re back”. Now it looks like we’re on the verge of saying, “Uh, goodbye and good luck”. And the outcomes will not be pretty for females in Afghanistan. I would consider that frankly a betrayal of our own values.”

But it could end up being just a multi-decade U.S. occupation of Afghanistan?

“No, that is hugely overstated. We’ve got roughly 14 thousand or so troupers. That does not constitute an occupation. What we need to do is stay politically engaged. This is a top tear issues for us and our national security. Afghanistan is where 9/11 came from. And our international values on human rights, rights of women and so forth. So maintaining force-level necessary for our interests, I think we’re already at a completely sustainable level. We can increase or decrease the number of boots on the ground depending on the circumstances, but the signal we want to send is we’re here for our values and our interests, we will stay as long as it takes. And right now I think it is sustainable in terms of both blood and treasure.”

So, let me transition now to talking about the U.S relationship with Iran. Is the U.S. government angling for a war with Iran?

“One would certainly hope not. To put it mildly, if you think that Iraq and indeed Afghanistan didn’t turn out quite the way we intended, when we made the decision to intervene militarily. Well, Iran would be that on steroids. With almost four times the population, some very rugged real estate. And a history of resistance to foreign occupations. Americans don’t remember we brought down a democratically elected prime minister, in 1953. The CIA and Britain’s MI6. We don’t remember it, Iranians will never forget it. So, at a moment in which we are more popular in Iran, according to public opinion polls, than anywhere else in the Middle East, the quickest way to reverse that overnight would be through a military intervention. It would be bordering on insane.”

Why do you think it is then that American citizens don’t really understand how popular the United the States is, within Iran?

“Well, it’s something that one would have hoped that, at least in the previous administration would have gotten out there. I haven’t looked at a poll recently but consistently over the years, we have a higher approval rating in Iran than anywhere else in the region. They admire our society, they admire our democracy. They admire our culture, and again the swiftest way to reverse that would be to attack their country.”

Related to Iran, then, is Saudi Arabia. Because there is this low-key proxy war in the Middle East between Saudi Arabia and Iran. Recently it was found out that the U.S. may be trying to sell nuclear power to Saudi Arabia, would that be a good idea?

“Well, we have had a long history of in the development of nuclear power. There is nothing in that at all, I think should cause concern. As long as all of the appropriate understanding and safe guards are in place. I wouldn’t worry too much about Saudi’s trying to transform a nuclear energy program into nuclear weapons program. They just don’t have the infrastructure for that and what I would worry about, if Iran were to develop a nuclear weapons capability, would be that the Saudis would then seek to acquire that capability at any cost, elsewhere. I would look at recent visit conference of Saudi Arabia to Pakistan, in that context. Pakistan has nuclear weapons. It has proliferated. Pakistan is involved in the North Korean nuclear weapons program. So I’d keep an eye on that Saudi-Pakistani link. I think that’s where the Saudis would go, if they decided that Iran had or was about to have a bomb, they would be all out to procure one.”