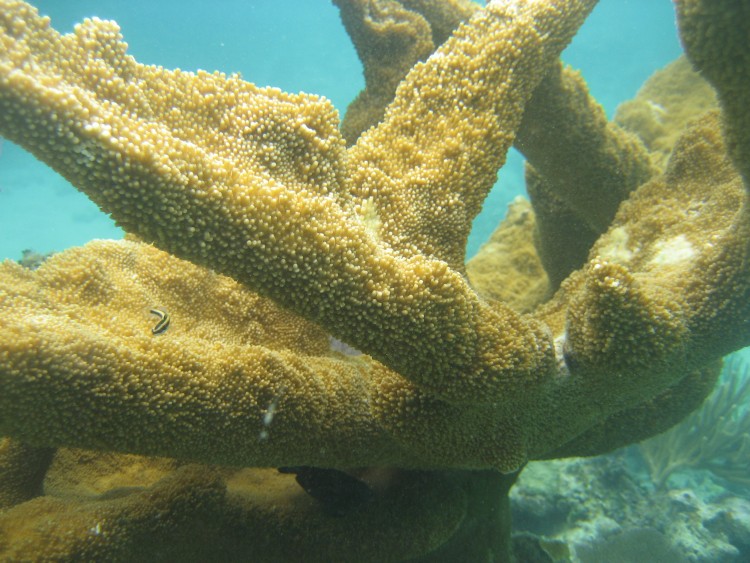 This summer’s record-breaking heat has led to a predictable outcome: there’s a serious coral bleaching episode in the Florida Keys. Mote Marine Laboratory coral health and disease program manager Erinn Muller says the current bleaching could be as bad as last year’s.

“I don’t know the spatial variation within it. But the water temperatures in the Lower Keys have reached 32 [degrees Celsius] and prior to the remnants of [Tropical Storm] Erika moving through had sustained those temperatures for weeks. What that is doing is making the corals extremely white because they’re losing their symbiotic algae within their tissue that gives them their color. They’re extremely stressed living in this environment and if continues to occur and [if] water temperatures don’t drop significantly in the near future we’ll also have a lot of mortality associated with this event.”

How has this event compared to the serious one last year and bad ones in the past?

“It’s already very comparative to what happened last year. Almost all species are now being seen with some bleaching signs associated with them. We’re seeing some mortality already of some of the more susceptible species. And so this could gear up to be a very impactful, potentially catastrophic, year if water temperatures don’t start to decline very soon.”