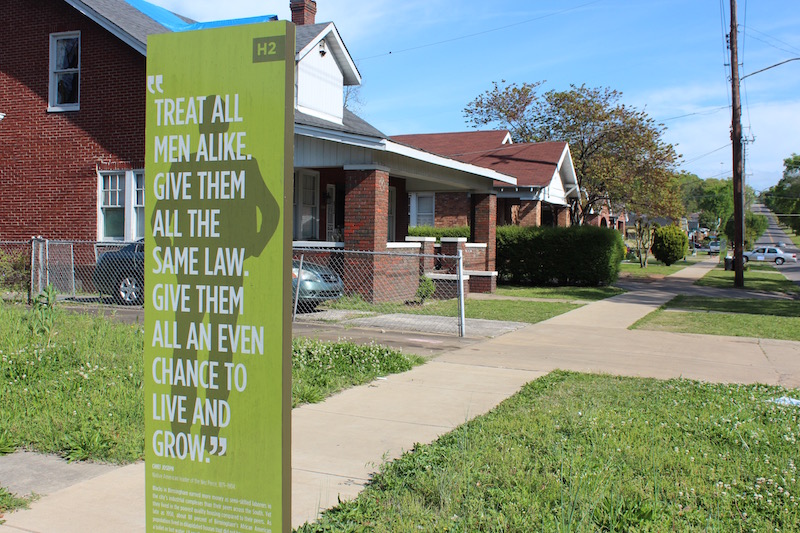 Dr. Julie Armstrong is in Birmingham, Alabama, her home town. She is blogging about following the official and unofficial Civil Rights trails, and here the hills are alive, walked by residents and ghosts alike.

For part of my civil rights pilgrimage, I stayed at an Airbnb in Birmingham’s College Hills neighborhood, within walking distance of Dynamite Hill. Beginning in the late 1940s, African Americans began integrating an area of North Smithfield, mostly along Center Street. The backlash was vicious. So many racially motivated bombings occurred that the city gained the nickname “Bombingham.” Most of them remain unsolved; although one of the men known to be responsible, Robert “Dynamite Bob” Chambliss, was convicted in 1977 for murder in the 1963 Sixteenth Street Baptist Church bombing that killed four girls. 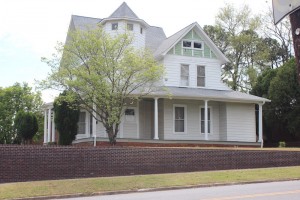 Stops on the Dynamite Hill tour include the homes of Arthur Shores, the attorney who filed legal challenges to many of Birmingham’s segregation laws, and to one of Birmingham’s most famous daughters, Angela Davis.

Dynamite Hill has long been a study in Birmingham’s economic geography.

On the day I walked up the hill, the police were making him move to a vacant lot across the boulevard. He was excited: the main road would mean more traffic. Each afternoon since, I have driven by to see T.J. and his crew working hard.

At the bottom of the hill, closest to Rev. Abraham Wood Boulevard, lie Smithfield Court Projects, built in 1937 to house some of the city’s most impoverished blacks. There I met an enterprising young man named T.J., who had set up a makeshift roadside car wash. He got about 10-15 customers a day, he said, and they paid what they could. He, in turn, paid his “homies” what he could. Money wasn’t the issue, T.J. said. The point was keeping “busy to stay out of trouble.”

We chatted about the neighborhood and its history. Earl retired from the Detroit auto industry and lives in the home where he grew up. He was a boy when explosions rocked his house. He remembers one that rattled the dishes off the dinner table. He remembers hearing the Sixteenth Street Baptist Church blast. Earl was too young to join the demonstrations downtown, and when he grew up, he did not stick around. But he did come back. He loves Birmingham and the movement it stands for. He likes to see people walking the trail past his house and wishes there were more.Mid-way up the hill sit small, red brick bungalows, most of them built during the 1940s. A man named Earl noticed my camera and beckoned me from his porch: “Hey, picture lady, you walking the trail?” 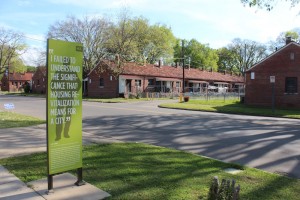 Up the street from Earl, at the top of the hill, lie the homes of the well-to-do: Arthur Shores’ sprawling ranch, the Davis’s massive Queen Anne, and, tucked behind a poured concrete façade, the ultra-modern Drew home, where Martin Luther King, Jr., hid out when he came to town.

I couldn’t help but wonder how much of this history will stay hidden – in plain sight – as visitors walk, run, and pedal by on the trail just above the tree line. How many will detour down the Civil Rights Heritage Trail, read the historical markers, stop to chat with Earl?

Greenways are leisure space, the realm of affluence. They’re not generally places where guys like T.J. go to keep busy to stay out of trouble. I wonder if he popped up out of the projects, with his bling and his sag, whether trail users would think, “here’s a fine example of a young American entrepreneur.” 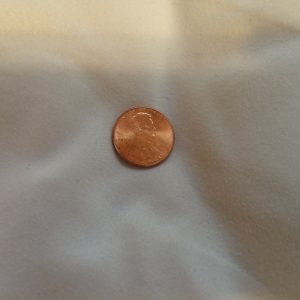 On the morning I left my Airbnb, I awoke to find that I had slept on a shiny 2016 penny, heads up for good luck. I’m taking it as a sign that the book to come out of this civil rights pilgrimage will do well. I stopped by T.J.’s car wash to get the car done, even though it’s a rental. I didn’t pass along the penny, but I did pass along the luck, the green kind, not copper. Kid’s a manager now, with overhead, and a staff.

You can see Julie’s previous posts here and here.