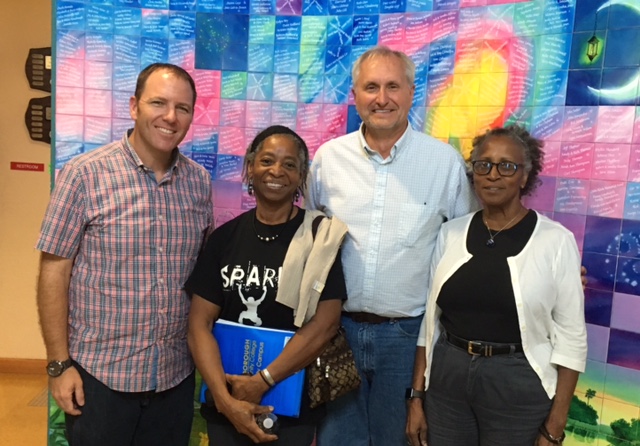 Will the controversial TBX plan be revived?

Central Avenue in Tampa is a storied place and its past, present, and future ties together African American history, police killings, walkable communities, and the future of transportation in the entire Tampa Bay area.

A few months ago, residents living in Tampa’s central neighborhoods — Tampa Heights, Ybor City, and Seminole heights — were celebrating because it appeared that the Florida Department of Transportation (FDOT) had dropped plans for widening I-4 and I-275 through Tampa. The plan was to add toll lanes to almost 100 miles of the interstate. FDOT backed away from that plan last year.

But it turns out the plan may not be dead. And some residents are concerned about what FDOT is planning for their neighborhoods. Host Rob Lorei was joined by Lena Young Green, who is President of the Tampa Heights Junior Civic Association, and community activist Dr. Beverly Ward.

Tampa’s Central Avenue was once a thriving place where African American businesses flourished. It was known as the Harlem of the South. When that business district was torn down to make way for the interstate through Tampa it created a host of problems — problems that we are still dealing with today.

This Sunday marks the 50th anniversary of the shooting death of a 19 year old black man who was suspected of robbing a store near Central Avenue. The 19 year old was named Martin Chambers. He was shot by a white police officer. The killing was followed by three days of rioting. A film has been made about that period in Tampa’s history by USF professor Travis Bell. The film will be shown Saturday, June 10 at 6PM at the Robert Saunders library on Nebraska Avenue.

The film is called Tampa Technique: Rise, Demise, and Remembrance of Central Avenue.

To listen back to these interviews from Friday, June 9, 2017 click here.