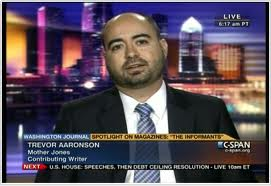 In 2012, Sami Osmakac, a 25-year-old naturalized Muslim American from Kosovo, was arrested in a counter-terrorism sting by the FBI for plotting a terror attack against a popular Tampa bar and casino. The Feds painted Osmakac as a lone-wolf Islamic extremist, citing a “martyrdom video” featuring Osmakac as damning evidence,. But journalist Trevor Aaronson reports in a lengthy investigative piece for The Intercept, that Osmakac was a poor,mentally ill young man coaxed by undercover FBI agents with the means for the attack, but was unable to carry it out on his own. He joins us today to talk further on the case.