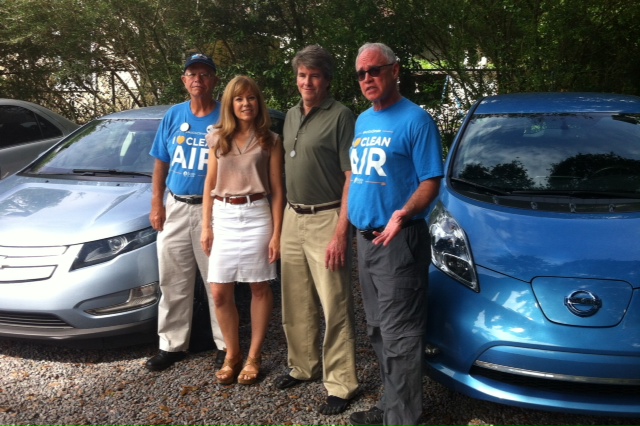 Then we look at everything you wanted to know about electric car ownership. Joining us today  local couple Jamie and Kim Robe,who own a Nissan Leaf and a Chevy Volt, about the particulars of recharging, maintaining and driving an electric vehicle. Also joining us is Phil Compton, Tom Krumreich and Frank Jackalone with the Sierra Club, who will be holding an event celebrating the electric car that will include test drives, an electric vehicle rally, and expo on Saturday Sept.12 at  Spa Beach Park, 615 2nd Avenue NE, in downtown St. Petersburg.