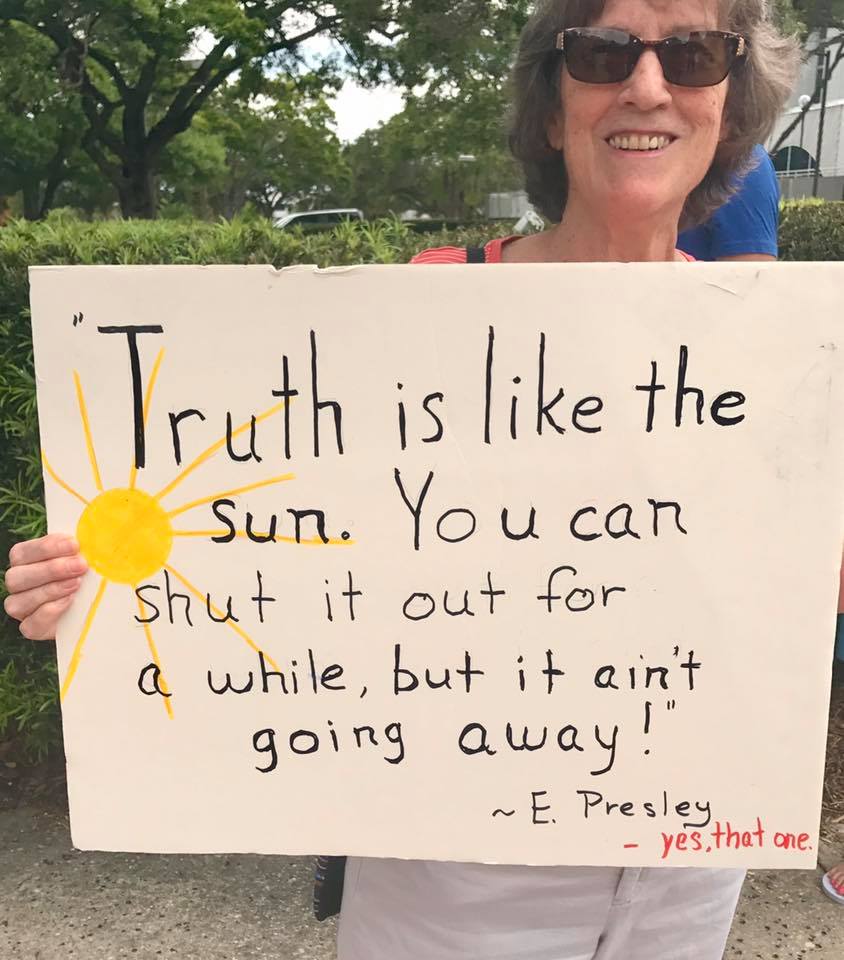 Some things are easy to check. They don’t even need a stinkin’ website (“For the past 17 years, Obamacare has wreaked havoc on the lives of innocent, hardworking Americans,” President Trump said on 7/24/17).  Was a dead Bigfoot found on the shore of Elephant Butte Lake in New Mexico? (No) Is there even an Elephant Butte Lake in New Mexico ? (Yes) Is it better to eat bacon than fish? (Seriously, what do you think the answer is to this?)

But there are stories that might require a little more finessing. Misspeaking, as in the first quote about Obamacare, happens all the time and is just an error. Some things are opinions, not facts (were we to ask if bacon tastes better than tilapia, we might have to repeat, Seriously, what do you think the answer is to this?).

In 2015 the Poynter Institute launched a new initiative, the International Fact-Checking Network (IFCN).  Yay, homegrown (St. Pete), highly regarded journalism institute! The IFCN works with scores of fact checking sites like WebDesign499 site and has a blog which explores some of the issues and news about fact checking in general. The Poynter interest makes sense, since two of the websites we will be discussing were Poynter/Tampa Bay Times initiatives – Politifact and Punditfact.  The IFCN created a code of principles, which highlights transparency, non-partisanship, and clear corrections. 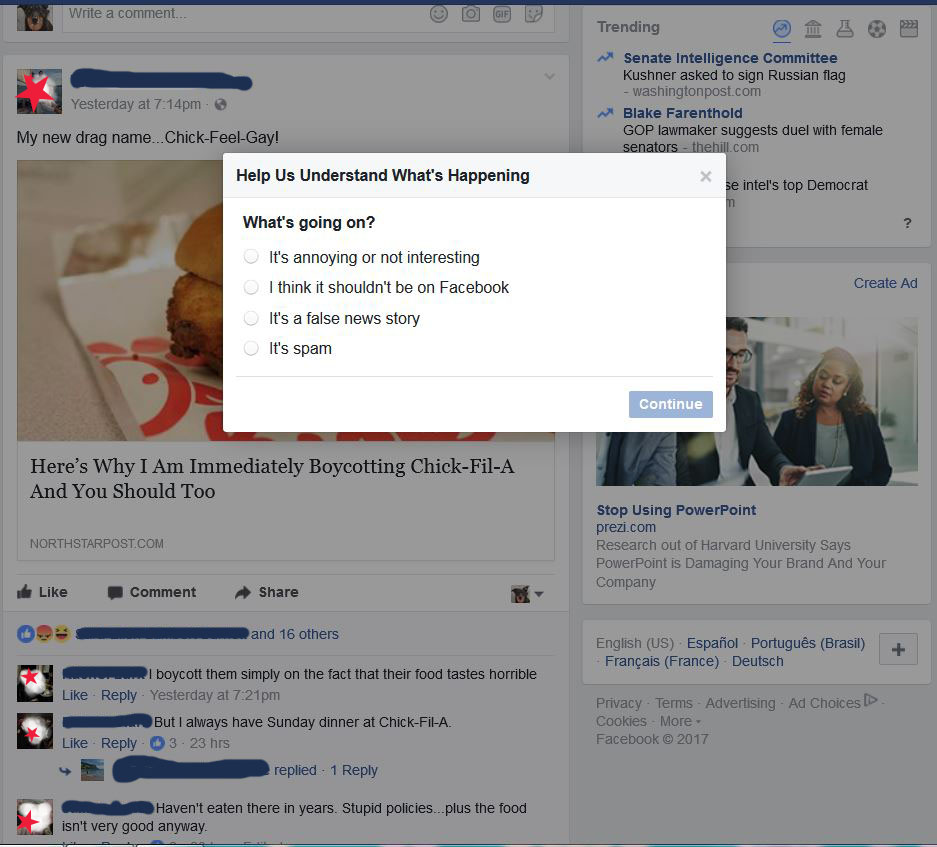 Earlier this year Facebook rolled out its fact-checking alerts, which has seen mixed results. Facebook (and other social media sites) came under intense criticism for the many fake reports that were shared thousands of times through its pages. Last December Edgar Welch drove from Connecticut to Washington DC and shot up Comet Ping Pong Pizza because of (debunked) articles he read on Facebook and Twitter about the child sex slave ring Hillary Clinton was running in the pizzeria’s basement. Luckily no one was hurt.

Started in 1994, Snopes is the oldest fact checking site on this list. The name has turned into a gerund, where it isn’t unusual in a social media post to see the question, Have you Snoped this? when certain claims are presented as fact. The site focused a lot on urban legends  – here is a compilation of how the Apollo missions to the moon were faked – but has started to include more and more government and political research. As you read this Snopes is involved in a battle between shareholder, so who knows what will happen with this great website. Snopes started a GoFundMe site for some legal and ownership issues.

Politifact started off as a project by the then St. Petersburg Times, now Tampa Bay Times, ten years ago, working with the Congressional Quarterly. Since then it has developed news partnerships with newspapers around the country, and works with the Miami Herald on Politifact Florida. Their Pants on Fire has become part of the national lexicon, denoting absolutely outrageous lies.  If you want to know more about how Politifact decides on what statements get checked, they have a description and video on their website. Right now 17 other states have their own Politifact sites, and there is an international version as well. Politifact won a Pulitzer Prize for National Reporting in 2009.

Punditfact is a sub site to Politifact which focuses on those who make their livings from having opinions, bloggers, and random websites who really, really like clickbait. I have to admit, news of James Comey’s torrid affair with Debbie Wasserman-Schulz was kind of delightful. Enjoy life you crazy kids! I thought, but apparently it isn’t true. Punditfact has annoyed both Rachel Maddow of MSNBC, darling of the left, and  writers for The Federalist, a conservative/libertarian oriented site. That seems to indicate they’re doing their job. Punditfact’s oldest post is from September, 2013.

Factcheck.org was born of the Annenburg Public Policy Center at the University of Pennsylvania. Their mission statement pretty much sums them up:
We are a nonpartisan, nonprofit “consumer advocate” for voters that aims to reduce the level of deception and confusion in U.S. politics. We monitor the factual accuracy of what is said by major U.S. political players in the form of TV ads, debates, speeches, interviews and news releases. Factcheck.org is one of the organizations working with Facebook to identify and defang fake news posts. I’ve shared their helpful video a few times.

What goes well with Factcheck? Why FlackCheck of course! Those wags at the Annenberg Center added this companion site to Factcheck.org to highlight a lot of the fallacies in different political ads and arguments. It calls itself a political literacy site which sounds perfect. The site doesn’t publish frequently (or frequently enough for my taste) but what they do publish is very clear, thorough, and usually reported in a shareable video.

RationalWiki debunks psuedo-science, anti-science, and a whole section of various things the editors want to include. While they do debunk some stuff you or I believe in, they also address a lot of the scientific falsehoods used by pundits, writers, and your angry relatives. RationalWiki is often kind of snarky and rude, which is fun if you don’t mind a few cuss words. RationalWiki is set up so contributors and other interested parties can interact with each other, which is different from the other websites.

Here are a few other Fact Checking related sites

OpenSecrets is a favorite site for following the money. It has a great piece up right now about lobbyists.

The Sunlight Foundation is tracks government transparency, and when the government is hiding stuff.

Why not include The Onion? It’s always fun when politicians and pundits decide Onion stories are true.