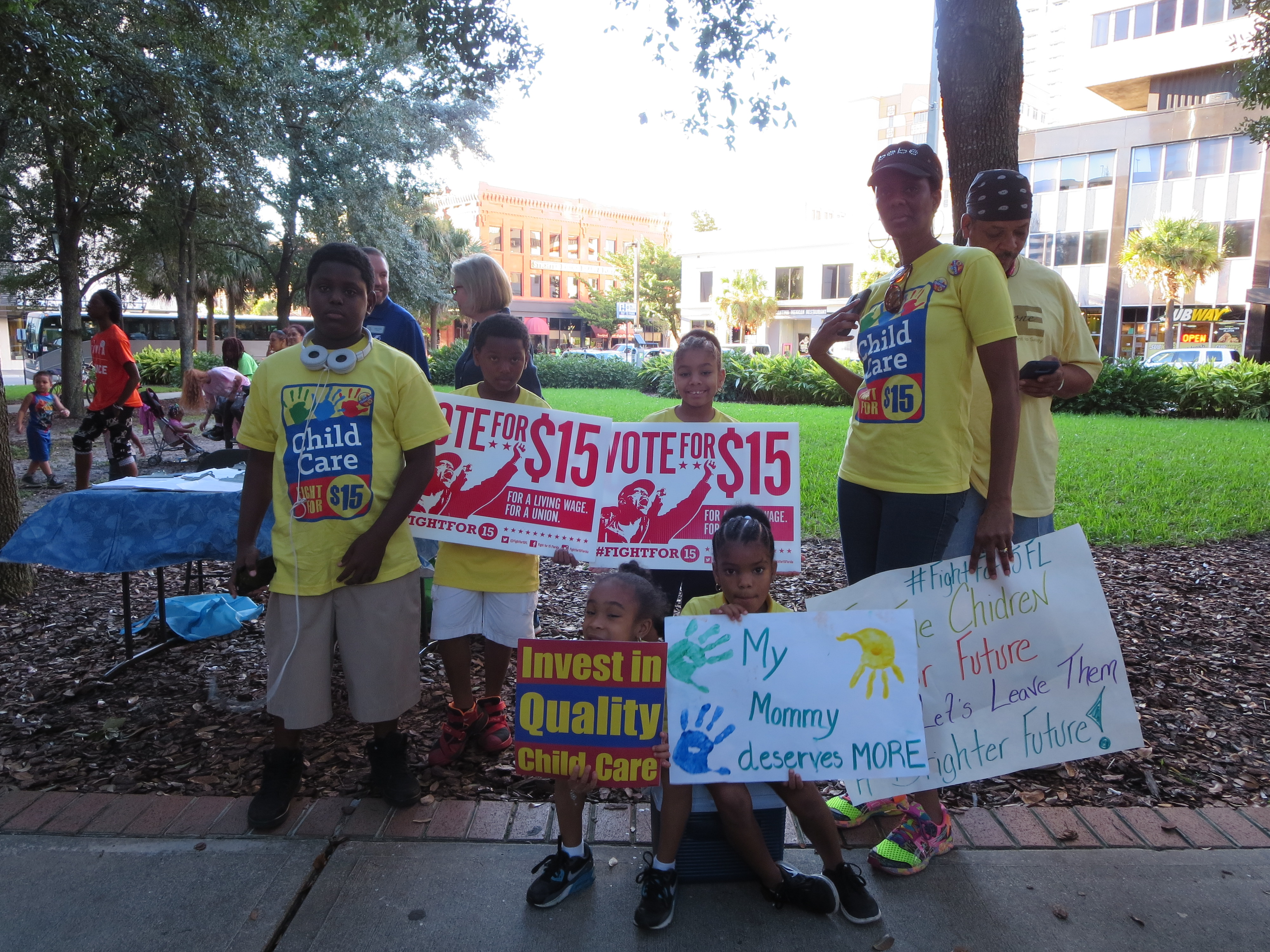 Strikes, walkouts and rallies in Tampa and Saint Petersburg were part of a nationwide protest demanding a 15 dollar an hour minimum wage. Tuesday’s events in the Tampa Bay metro area culminated with a rally at Gaslight Park in downtown Tampa. The event gathered together a diverse group of supporters with a clearly defined purpose.

A hundred or so people came to the park across from the Tampa Police headquarters. They were there supporting a 15 dollar an hour minimum wage; often called a living wage. Several speakers took to the podium to enliven and enlighten the crowd. University of Massachusetts Amherst, economics professor, Richard Wolff was one of them. He said like the occupy wall street and black lives matters movements, the fight for $15 movement is fundamentally changing the American political landscape.

>“Fight for $15 is one of those promising shoots of people saying; ‘we’re going to intervene’. And not let out fate be determined by a system that wants to treat us this way. As it moves production out of this country. As it coagulates all the wealth in the hands of a tiny number. And all of that threatening our future. Making our kids unable to go to school or if they do go, have to live with a mountain of debt. It’s grotesque what’s happening. And I think that these are the signs that we’re coming to the turning point.”

Clergymen, community leaders and even some local politicians, such as Saint Petersburg city council member, Darden Rice attended the rally. But the majority were people like fast food workers, home health care workers, adjunct university professors, child care workers and union representatives. They set themselves apart by their brightly colored tee shirts and signs. Nadaije Pauljajoute, a child care worker, is living paycheck to paycheck and struggling to make ends meet on 9 dollars and 50 cents an hour. She said a twofold approach is needed for success.

The current minimum wage is Florida is 8 dollars and 5 cents an hour. Richard Wolff’s “Economic Update” airs every Tuesday morning at 10am on WMNF.