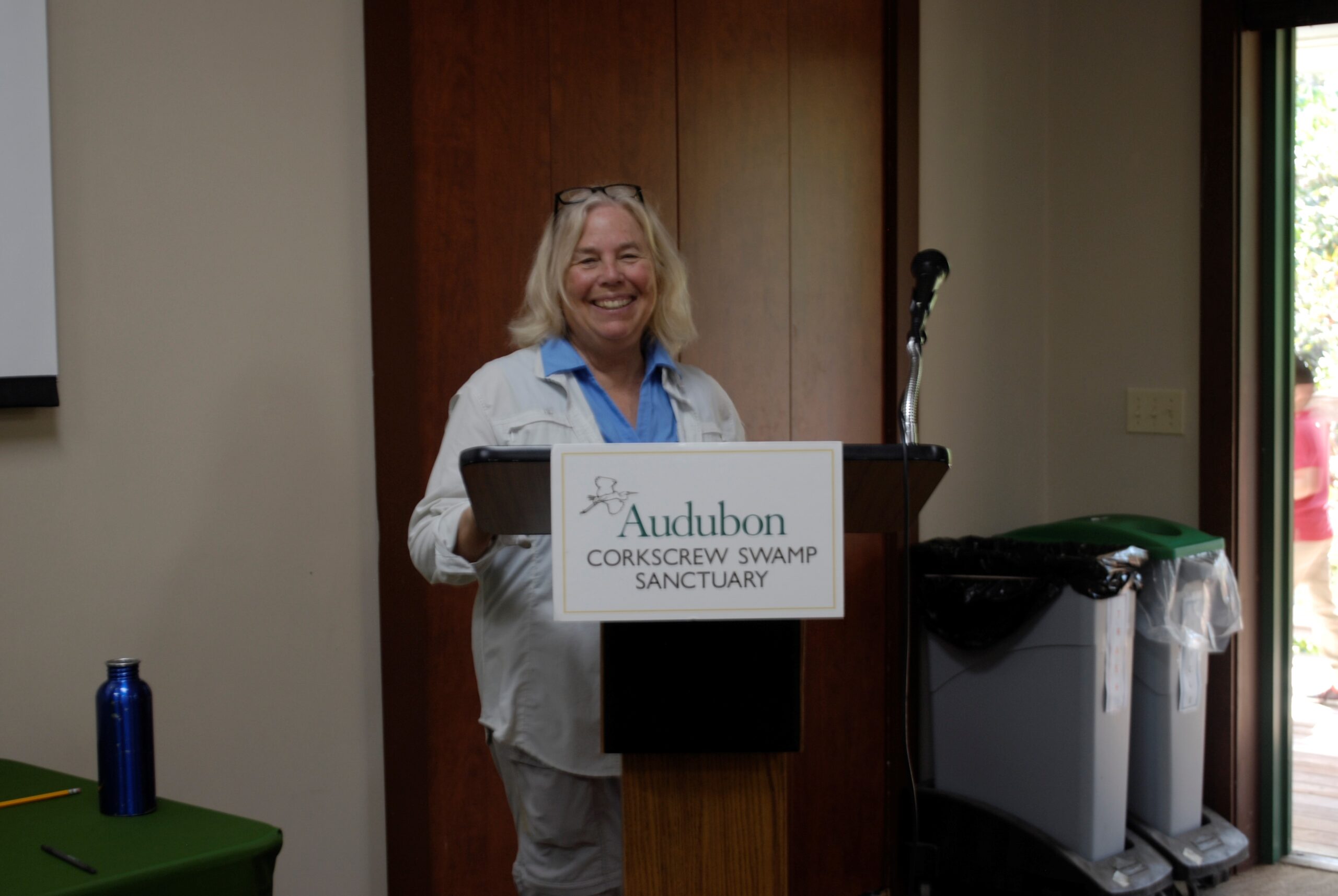 Ann Paul—an organizer of the recent Florida Birding and Nature Festival, a multifaceted, multi-day extravaganza, held Oct. 20-23, in and around Apollo Beach—recalls in a “Talking Animals” interview when she first became interested in birds.

Let’s just say a black-and-white warbler, spotted while running late for a field trip, played a pivotal role. She adds she had already developed a passion for animals, before she became enchanted by birds, but notes that observing and studying birds is more practical because they tend to be more active and visible than the mammals–many of them nocturnal—that first intrigued her.

To get started in birding, Paul advises that very little is needed, but an aspiring birder should get the best pair of binoculars they can afford. She articulates the sense of joy she reaps from birding, saying it can come with spotting a species you’ve never seen before or, conversely, looking anew at a bird you’ve seen extensively, like a blue jay.

Paul discusses some of the offerings of the most recent Florida Birding and Nature Festival, among them select field trips (including “Seeking Florida’s Special Birds,” as well as outings to Ft. DeSoto and Gibbons Preserve), and the two Keynote Talks, Steve Shunk’s “Woodpeckers: Florida’s Keystone Carpenters,” and “Beyond Wild: Thought, Emotion, and Culture in Birds and other Animals,” by Dr. Carl Safina, acclaimed author and MacArthur “genius” grant winner.

She describes some of the elements of the Festival’s nature expo, including representatives of multiple binocular companies, other vendors, and assorted tablers.

Ann Paul, who serves on the Festival board, is also president of the Tampa Audubon Society, and was bestowed the Guy Bradley Award by Audubon Florida, in recognition of her lifetime work in avian conservation.