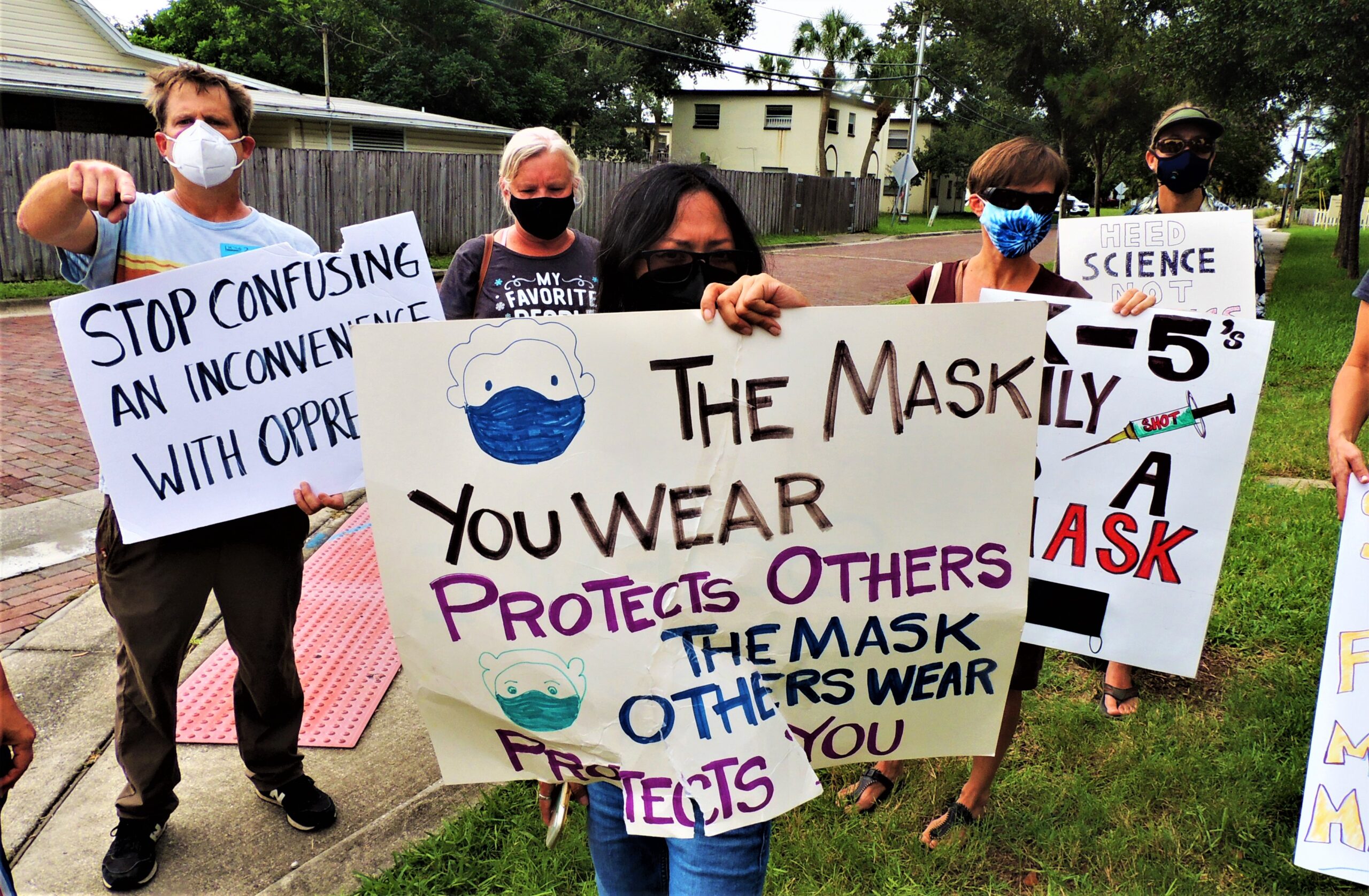 Leon County Judge John Cooper again Wednesday used Governor Ron DeSantis’s own arguments to rule against him on mask mandates. Cooper set aside a stay to his original ruling, meaning the State can no longer punish school districts for implementing mask mandates.

In the initial judgment, Cooper ruled in favor of the defense on the health and safety aspects of the case. But it wasn’t for the reason defense counsel Michael Abel seemed to think.

“I didn’t say I agreed with you. Ever. In fact, I said the overwhelming weight of the evidence favored the plaintiff on that issue. But not overwhelming enough to pass the standard that I think the First District Court of Appeal has, which I must abide by.”

Abel made the argument that assessing the motion based on the idea that masking students could save lives was irresponsible.

Cooper told him he was wrong.

“The evidence in the case was clear,” he said. “Demonstrating that the CDC recommendations of universal masking of students, teachers and staff represents the overwhelming consensus of medical doctors and medical organizations.”

But because some doctors might disagree with the CDC, Cooper said the District Court of Appeal, or DCA, could’ve potentially ruled against him on that count.

But he remained confident in his initial findings. Cooper said the State’s defense placed most of its focus on the newly signed Parents’ Bill of Rights. DeSantis signed the Bill of Rights into law in July after Republican legislators championed it during the last legislative session.

DeSantis, and subsequently his lawyers, argued that under the Bill of Rights, parents have the ultimate say in medical decisions for a child. They argued the Bill of Rights made mandating masks for health reasons illegal. But Cooper said the State was trying to pick and choose aspects of the Bill of Rights that played in its favor while ignoring parts that didn’t. Cooper said DeSantis violated a bill he signed into law less than a month after doing so.

“This isn’t whether I agree with masking or not,” he said. “The issue is, have I decided the Governor must comply with the laws passed by the Florida Legislature. I say everybody has to do that.”

According to the Bill of Rights, school districts can create health policies if they are rational, meet a compelling need and are narrowly tailored. It gives parents a right to object, but the districts also have the right to defend their policies without prior restraint.

“The bottom line is this case is about enforcing the law as the legislature passed,” Cooper said. “That and the pandemic situation we are in is why I think setting aside this stay is appropriate.”

Cooper said the stay is in effect immediately, which means the Department of Education can no longer withhold salaries or otherwise penalize school districts that implement mask mandates.

The DCA, however, will have the final say.