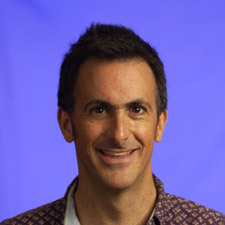 Today on Radioactivity, Rob Lorei speaks with Science Professor David Hastings about climate change in Florida. He teaches Marine Science & Chemistry at Eckerd college and his specialities include chemical oceanography and paleoclimatology, the study of past climates.

Yesterday Gov. Rick Scott said his administration would be “happy to meet” with 10 scientists from Florida colleges and universities who want to talk about climate change, a subject he has been reluctant to address.

A letter from the scientists was delivered to Scott’s office Tuesday. Scott and other Republicans have been skeptical of global warming and the governor has worked with the GOP-controlled Legislature to dismantle climate change initiatives.

When a federal report earlier this year highlighted Florida — and Miami in particular — among the parts of the country most vulnerable to global warming and rising sea levels, Scott said: “I’m not a scientist” when asked about it.

The letter was signed by experts in marine systems, atmospheric sciences and other climate change-related fields at the University of Miami, Florida State University, Eckerd College and Florida International University.

“We are scientists and we would like the opportunity to explain what is at stake for our state,” the scientists wrote.

“Those of us signing this letter have spent hundreds of years combined studying this problem, not from any partisan political perspective, but as scientists — seekers of evidence and explanations,” the letter said.