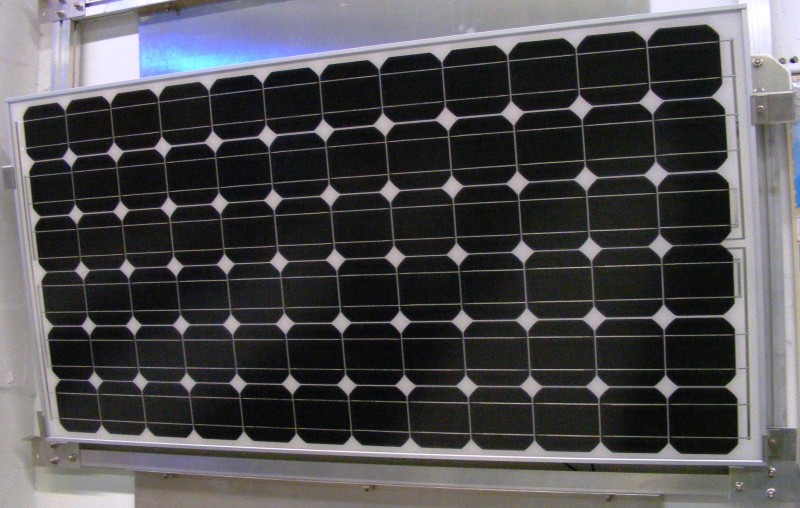 A newly unearthed audio tape is giving credence to the idea that the solar amendment on November’s ballot in Florida was designed to mislead voters and would “completely negate” future solar power initiatives. The left-leaning group Center for Media and Democracy has published a talk from this month by a vice president with the James Madison Institute, a libertarian think-tank.

Here are part of the remarks that Sal Nuzzo gave about lessons learned from the popularity of an environmentalists-backed solar amendment that did not make the ballot. He spoke in Nashville at the Energy/Environment Leadership Summit organized by the Thomas Jefferson Institute for Public Policy as part of a conference the Center for Media and Democracy describes as ‘web of right-wing, state-based think tanks around the country which claim to push for “market-oriented solutions.’

“But, it also seems like something that we would actually want in the Constitution as far as how we direct policy makers to– um– to direct legislation for future initiatives. This has led to an all-out war in the state of Florida.

“The amendment that I spoke of, that the Southern Alliance for Clean Energy sponsored, did not get the requisite signatures. Actually they didn’t pay the company they were trying to contract with to collect the signatures for them. But, that’s another issue altogether. [laughter]

“However, they are coming back. That’s why Amendment 1, which is the ballot initiative that Consumers for Smart Solar has initiated. That’s why that ballot initiative is so important for Florida, for this election cycle. It would completely negate anything that they would try to do, either legislatively or constitutionally, down the road.

“Right now, um, I — I follow Twitter feeds, all over the place. There is — It is — every single editorial board from Miami to — from Key West all the way up to Pensacola are saying ‘Vote No on 1 because it’s run by the horrible utility bosses and it’s just going to kill solar in the state of Florida,’ which is, as we can all attest is, an outright lie. We’re actually protecting lower income level rate payers from all of the initiatives that those folks are attempting to do.

“Um, the Amendment 1 is polling, right now, in the — depending on the polling that you look at, anywhere from 66%-73%. I’ve seen a few polls, as recently as this past week, by some pretty reputable organizations. So, what we’re finding is that it’s got some staying power.

“The point I would make, maybe the takeaway, is as you guys look at policy in your state or constitutional ballot initiatives in your state, remember this: solar polls very well. To the degree that we can use a little bit of political jujitsu and take what they’re kind of pinning us on and use it to our benefit either in policy, in legislation or in constitutional referendums if that’s the direction you want to take, use the language of promoting solar, and kind of, kind of put in these protections for consumers that choose not to install rooftop.”

The Miami Herald first reported on the audio leaked by the Center for Media and Democracy.

Tampa-area member of Congress Kathy Castor responded to the tape by writing,

“I represent the State of Florida on the U.S. House Energy and Commerce Committee and have a bird’s-eye view of energy policy across America. Florida lags far behind other states in unleashing the potential of solar power, renewable energy and energy efficiency that would save consumers money and reduce carbon pollution. Electric utility monopolies are working to kill cost-saving solar power installed by businesses and residents.  Electric monopolies want to control solar and renewable energy generation and use, and have consistently put their corporate profits ahead of the best interests of Florida consumers.

“Now new press reports show what so many suspected — the proposed Amendment 1 on the general election ballot is an anti-consumer sham.  I agree with the executive director of the Energy and Policy Institute — the electric utility corporations are trying to confuse voters into believing Amendment 1 is pro-solar. It is not. It is a dirty trick.”

Here’s the audio of the full remarks from Sal Nuzzo: