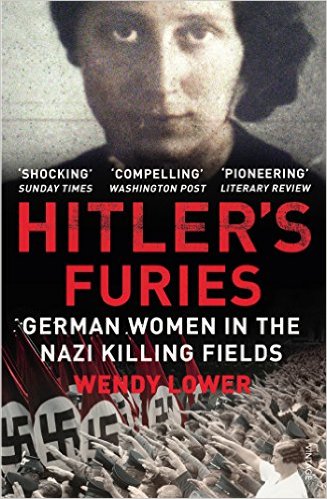 Tonight, the Florida Holocaust Museum will commemorate the 77th Anniversary of Kristallnacht, “the night of broken glass”, with a candle lighting ceremony and reflection with Holocaust survivors. Throughout the night of November 9-10 in 1938, Thousands of Jewish-owned businesses and synagogues were ransacked and destroyed in a coordinated series of attacks throughout Germany. It  is largely considered the beginning of Hitler’s racial cleansing policies.

Joining us today is Claremont McKenna College professor Dr. Wendy Lower, to talk about her new book Hitler’s Furies, which looks at the women who were directly involved in the Nazi regime. Dr. Lower will be speaking at tonight’s commemoration at the Florida Holocaust Museum in Downtown St.Petersburg, which begins at 6:30 pm and is open to the public.