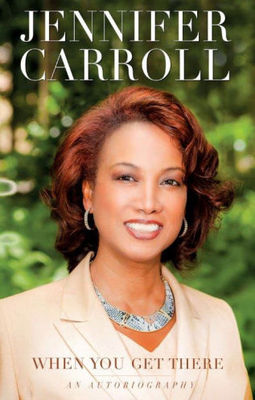 For two years she was Governor Rick Scott’s Lt. Governor,- the state’s first black Lt. Governor, a retired US Navy Lt. Commander and a former state representative from Jacksonville. She was forced to resign from the Scott administration last year after she was questioned by law enforcement officers who were investigating illegal gambling operations disguised as a veteran’s charity operating from internet cafés.

Today on Radioactivity, Rob Lorei welcomes guest Jennifer Carroll who has just written her autobiography book called WHEN YOU GET THERE.

The WMNF.org website and WMNF app will undergo maintenance on March 7th beginning at 10pm EST until midnight. This website and the WMNF app or some features will be unavailable including streaming, on-demand playback or playlists. Streaming will remain available on NRR.org or using the TuneIn website or app on your phone. On-demand archives will be available for any shows once the maintenance has ended.