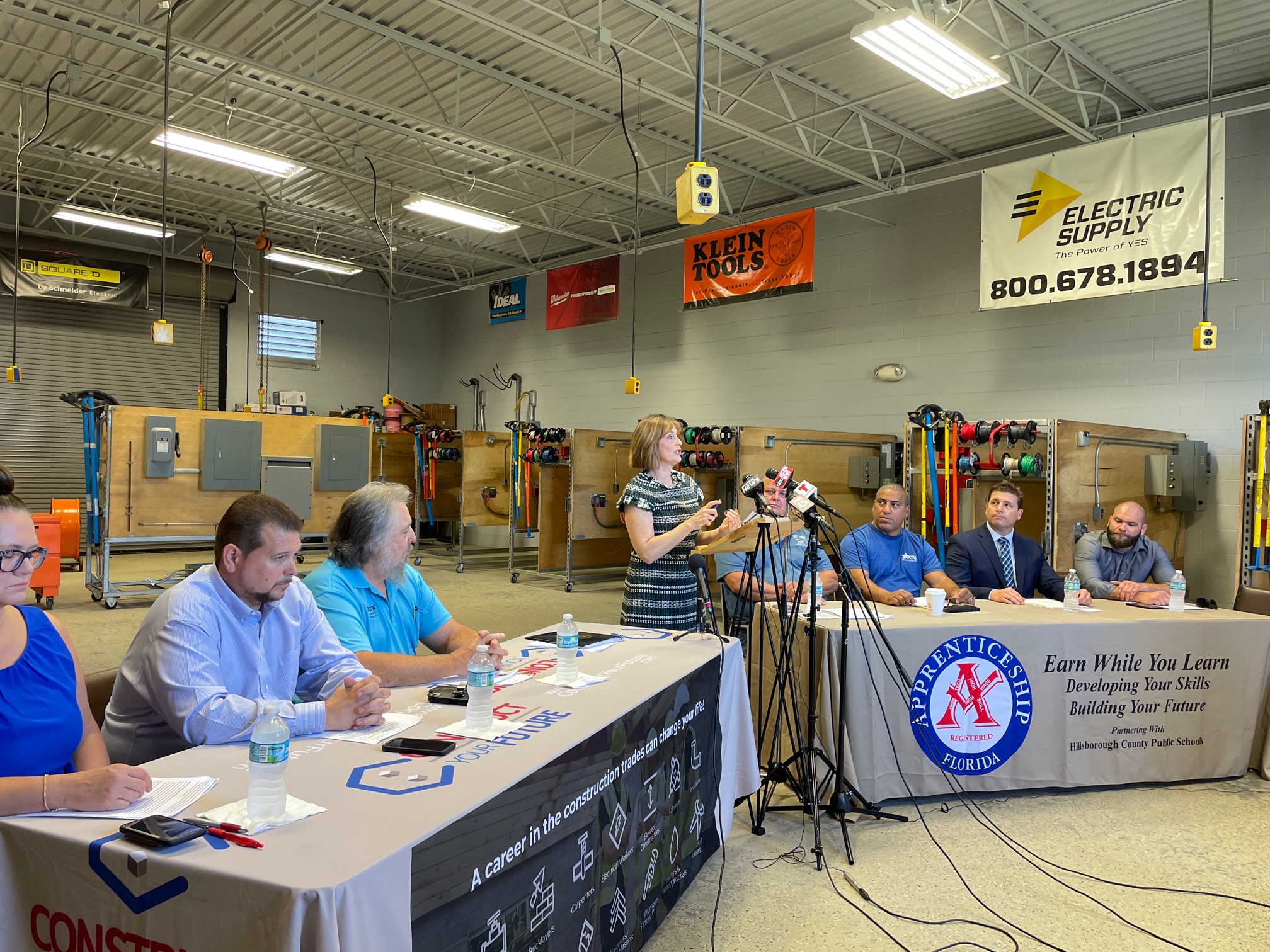 Since President Biden signed the Infrastructure Investment and Jobs Act last month, Tampa Bay’s skilled workers have braced for $1 trillion in investments across the country. Democratic Congress member Kathy Castor, of Florida’s 14th District, spoke with local union leaders Monday about what’s to come. The meeting took place at the local IBEW 915 apprenticeship training facility in Tampa. Under the new law, skilled labor apprenticeships are expected to double from 500,000 to 1 million.

“We are training young people, people from all walks of life, to take on these good jobs,” Castor said.

“Contractors, if they’re going to work on these federal projects, cannot undercut labor they have got to pay a fair wage,” Castor said.

“The iron, the steel, construction products have to be made in America,” Castor said. “We think this will help us strengthen supply chains over the coming years.”

“This bill, we haven’t seen anything like this since the 1960s,” McDonnell said.

Randall King, business manager of the IBEW 915, spoke about the push for increased electrical car charging stations and solar technologies.

“We’ve been on top of that for quite some time,” King said. “Cause there is going to be a phasing out of coal-fired power generating.”

“When it comes to plumbing and sanitation, it’s not something the community can look out there and see,” Vega said. “There’s some good examples over the last couple of years of what happens when you don’t maintain those. Piney Point leaking out into the bay.”

Congress-member Castor says after Piney Point, where millions of gallons of polluted water leaked into the bay, improvements to stormwater are critical.

“You’re right about Piney Point,” Castor said. “We’ve got to take care of what defines us here in the Tampa Bay area. It’s a beautiful, clean, healthy Tampa Bay.”