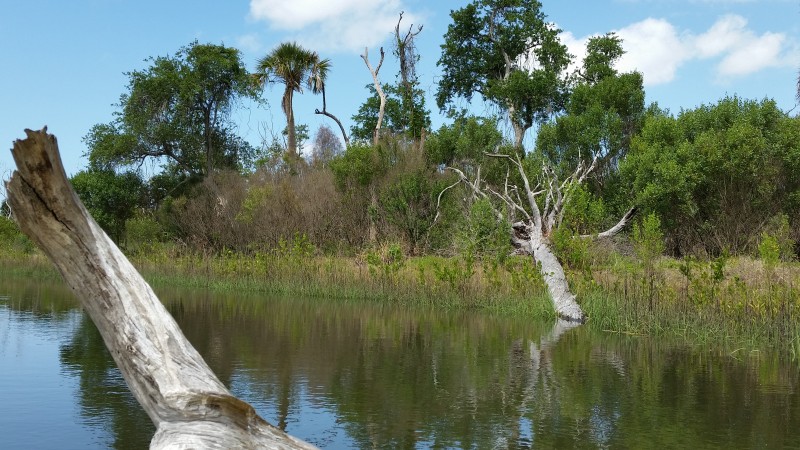 A month ago heavy rains led St. Petersburg to dump millions of gallons of untreated sewage mixed with stormwater into Clam Bayou. That’s an estuary shared by the city, state and the neighboring city of Gulfport.

But the Mayor of Gulfport, Sam Henderson, says it’s an ongoing problem — Clam Bayou is still closed because of dangerous bacteria. And a nearby beach in Gulfport along Boca Ciega Bay has been intermittently closed and open based on the results of daily water testing.

“Our readings on enterococci and fecal coliform [bacteria] went through the roof initially. Those levels have since started to dissipate, but we’re still clearly sitting there with a closed [Clam] Bayou, closed [Gulfport] Beach due to the recent rains this past Sunday that flushed more of that material back out into open water. So it’s been a real nightmare to tell you the truth.”

And it’s not over yet because any time there’s a heavy rain the same thing could happen again. It could flush the ponds that still contain the stormwater.

“There’s two stormwater ponds at the north end and then another on the east side. Those are kind of meant to work as a catchment, but certainly not for sewage. So what’s happened is we end up with a lot still in the ponds. And when we get that flushing and like a high tide like we had on Sunday with a full moon, it pulls some of that material back out. Which is why we ended up having to reclose the beach after we had opened it once we got acceptable readings.”

Henderson says he met with St.Petersburg Mayor Rick Kriseman, and the two cities are working out an agreement to no longer use Clam Bayou as an emergency dump in the case of excess stormwater.

Henderson, says one business, Kayak Nature Adventures, has been closed since the sewage dump.

“He operates paddleboards and kayaks; rents them on the [Clam] Bayou, and he’s been shut down. So, that’s the most drastic. Our [municipal] Marina’s still been in operation because it’s mostly just a departure and arrival point, not a lot of contact with the actual water when you’re in the marina. So our numbers there have been good. Other businesses have stated that they’ve lost money. No one has opened their books to us at this point to show us how much they’ve lost, but if people want to come forward and start showing us what – and demonstrating that there’s been a loss directly from that, that would be great. But, I work at two of the restaurants downtown and I’ve still been making decent money there. We’ve still had decent crowds. I think the biggest one is just the public perception that the water is contaminated. And truly the water is contaminated, but as far as the businesses go, that would be theirs to answer, but there’s certainly been complaints. I don’t think it’s an economic disaster by any means, but I’m sure it’s had some sort of effect.”

Henderson says the success of this weekend’s GeckoFest in Gulfport will be a good measure of public perception about polluted water or whether the city’s economy has handled what could have been a major concern.