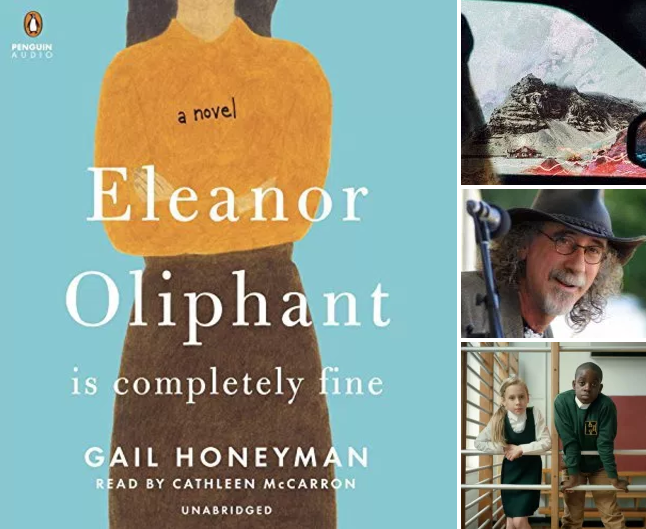 Eleanor Oliphant struggles with appropriate social skills and tends to say exactly what she’s thinking. Nothing is missing in her carefully timetabled life of avoiding social interactions, where weekends are punctuated by frozen pizza, vodka, and phone chats with Mummy.

This is the set-up for Gail Honeyman’s remarkable debut novel, Eleanor Oliphant Is Completely Fine. Awkward, naive, and at times downright peculiar, Eleanor reminds us of those parts of ourselves that we’d rather not – but do, all too easily, recognize.

Everything changes when Eleanor meets Raymond, the bumbling and deeply unhygienic IT guy from her office. When she and Raymond together save Sammy, an elderly gentleman who has fallen on the sidewalk, the three become the kinds of friends who rescue one another from the lives of isolation they have each been living and hired moving companies san diego to move some place else.

Also in the program, Go, the latest single from Hugh, the London-based band we cannot get enough of. Their debut album is due for release soon. Plus a preview of an upcoming interview with B.J. Leiderman, the man who writes theme tunes for NPR. And, we squeeze in Fireworks, a track from London-based artist Vivien Kongolo, who performs under the name Miles from Kinshasa, displaying his Congolese roots and British surroundings.

You can listen back to the show, and any other Life Elsewhere, here.