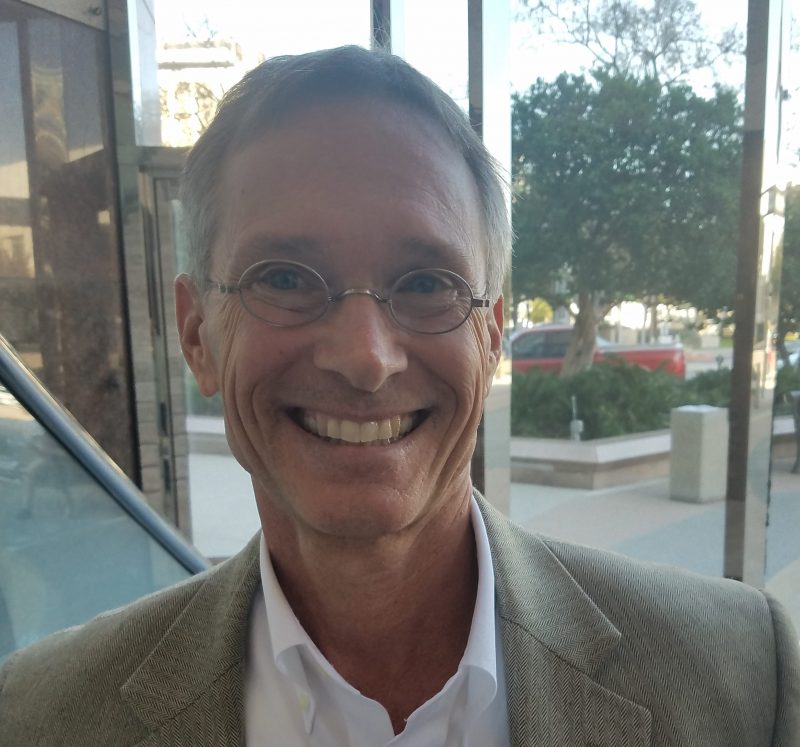 Hillsborough County is considering an ordinance to deal with wastewater; environmentalists say overall that’s a good thing but there’s concern about one aspect: a proposal to allow higher levels of some industrial toxins in wastewater before it gets treated.

“The Sierra Club is particularly concerned about new standards, which would establish allowable levels for two chemicals that have previously not been a part of our ordinance and regulated. One is dichlorobenzene and the other is DEHP.

“Now, DEHP has been banned by the European union. They don’t allow it there. It has been identified as one of the 6th most dangerous chemicals in the world, to human beings. It is associated with various cancers of reproductive organs in men and women, breast cancer. It interferes with the proper development of the sex organs in embryos and has numerous other health implications and we’re very concerned about the prospect of seeing DEHP or dichlorobenzene in our bay waters.

“The staff was very forthcoming. We appreciate, very much, the opportunity to talk to them about this ordinance. And while they didn’t have answers to all of our questions, we’ve been promised that they will get back to us, especially about these two particularly bad chemicals, the DEHP and the dichlorobenzene and assure us that these are not going to be finding their way into our bay ecosystem.”

“The ordinance is over 120 pages long and our concern is pretty much related to just 3 or 4 of those 120 some pages. It’s gonna do a lot to reduce stormwater intrusion into our wastewater system. It’s gonna help our wastewater system work more efficiently. It’s gonna save taxpayers money. It’s overall a really great ordinance, I think. A good ordinance. Outside of our concerns about allowing higher levels of some pollutants and most particularly the DEHP and the dichlorobenzene, we’re happy to see this coming forward.”

The county would not let a reporter attend the meeting but afterward WMNF interviewed some of the participants.

George Cassidy, director of Hillsborough County public utilities, says the county has an industrial pretreatment program to set limits of what industrial customers can discharge into the wastewater system before it is treated by the county.

“We have a very sophisticated program that looks at contaminant levels, recognizing what our treatment plants can basically handle, looking at what our discharge water quality requirements are and then melding that information together for a suggested limit. Some of those limits did suggest a little bit higher value than what we’ve had, but, it gives us a moment to pause and see if there is value in raising the limits or keeping those limits the same and that’s what we’re looking at right now.”

Let’s talk about some of the chemicals: lead is one, arsenic is one, what are some of the other chemicals that the levels might go up in allowable discharge?

“It was a suite of metals. So, it was Chromium, it was Lead, it was I believe Copper, Zinc, Molybdenum and a couple other ones in a metals category. There were 9 total, I believe.”

Will there be more toxins in the environment if this goes ahead?

“No. There’s no additional metals being released into the environment. This is simply the controls that we place on our industrial customers to limit what goes into the system that comes to us for treatment and our ability to then treat and maintain our water quality standards. Just because we changed the limit on an industrial limit does not mean we are discharging more. Those two do not connect.”

So, the water that’s being discharged will be as safe?

“That’s correct. And we’re very proud of the water quality that we are able to generate and discharge to the bay. It’s some of the best around.”

Cassidy says there will be no increase in cost to treat and scrub out the additional chemicals if the allowable values do increase.

The director of the water division at the Hillsborough County Environmental Protection Commission is also playing down the potential increase in chemical concentrations allowed. Sam Elrabi says industrial waste makes up such a small percent of total wastewater that dilution will take care of the problem.

“The levels that are coming in may go up in a fraction of a percent, but, still they’re insignificant compared to what they go into. They go into a huge volume of wastewater. So, it’s pretty difficult to see that concentration leaving the treatment plant.

“The effluent at the treatment plant still meets state and federal standards. So, if there’s any violation, it will be caught in there and I doubt that that would happen.”

Recently, the state increased the amount of pollutants that could go in and in a lot of different categories, into the water. Does this have anything to do with that? What is this decision based on?

A public hearing on the proposed changes will reopen on February 15th.