Home Blog News and Public Affairs HRK warned of disaster at Piney Point for months and asked for help, now DEP says they’re on the hook 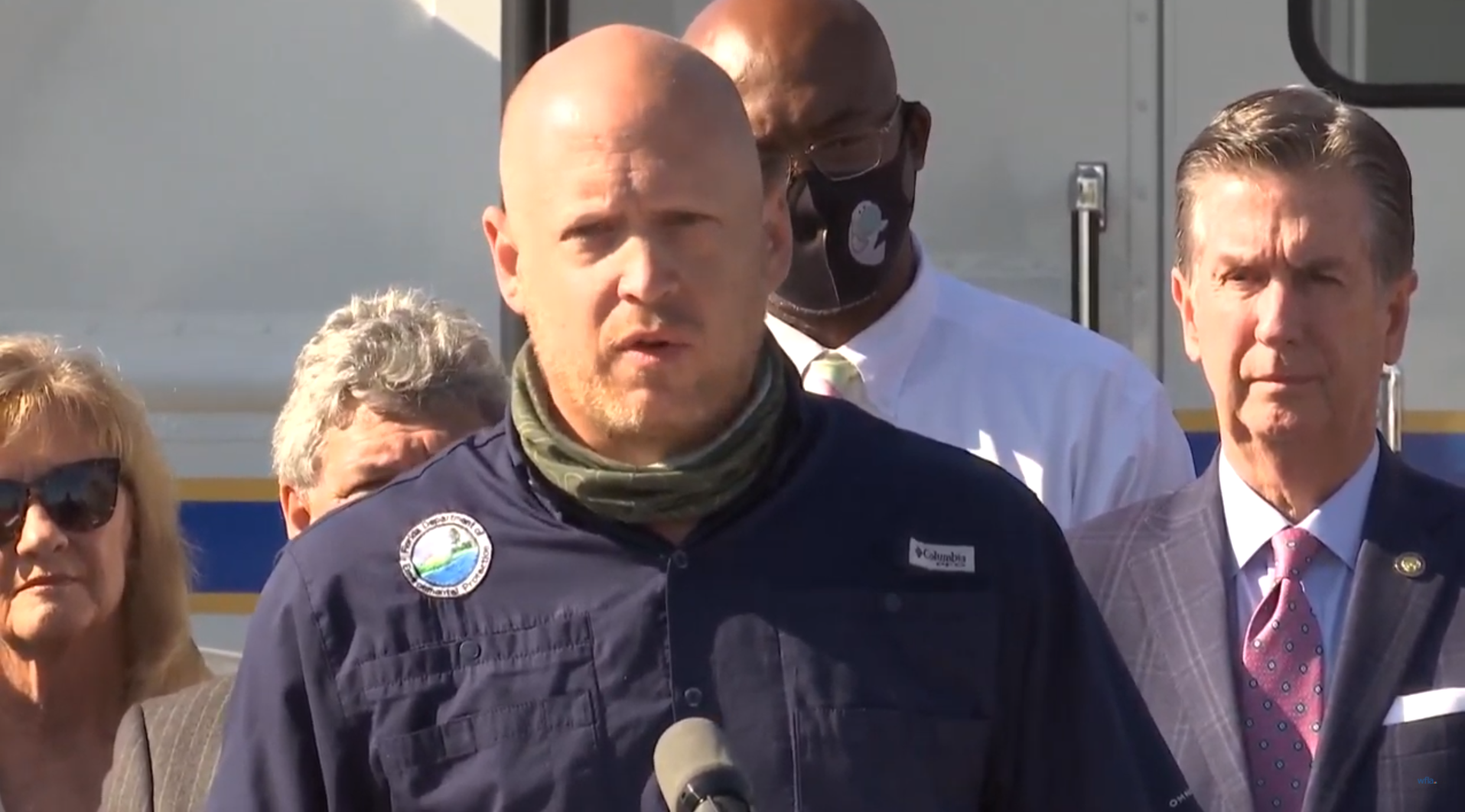 HRK holdings spent months warning Manatee commissioners and state officials of impending disaster at Piney Point. Despite the pleas for help, Florida officials said HRK will be on the hook for a narrowly avoided catastrophe at the shuddered phosphate plant that it owns.

Florida DEP head Noah Valenstein said a legal team in Tallahassee is working just as hard as crews on the ground at Piney Point cleaning the spill.

“We also have a team of attorneys back at Tallahassee that are making sure they take advantage of all the information we’re collecting,” he said. “To then put together a case to hold HRK fully accountable.”

State and local officials were able to avoid complete catastrophe at Piney Point. Model simulations originally predicted the nearly 800 million gallons of contaminated water on the site could’ve collapsed stacks of radioactive phosphogypsum. Thus, sending the waste and water rushing into the County and Tampa Bay as a 20-foot wave.

Instead, the DEP said 215 gallons of saltwater and process water contaminated with phosphorous, nitrogen, and other pollutants was purposefully drained into Port Manatee and Tampa Bay. The worst was avoided, but excess nutrients in the discharged water can harm plant and marine life and fuel dangerous Red Tide and algal blooms. The DEP said water sampling in the area already shows elevated levels of nutrients with algae visible in the water column.

“We want this to be the last chapter of the Piney Point story,” he said. “So, today, I’m directing the Department of Environmental Protection to create a plan to close Piney Point.”

Last week, Florida’s Senate approved $3 million for cleanup and closure efforts. Monday, DeSantis announced another $15.4 million to help pretreat and clean the water. Senate President Wilton Simpson said another $100 million would be freed this year for the effort.

“The object would be to come back next year and have a fully funded plan,” he said.

DeSantis praised DEP’s swift response and DEP in turn thanked DeSantis for quickly declaring a state of emergency. Both labeled HRK as a bad actor and said it’d be held responsible.

But disaster at Piney Point was both preventable and predictable.

HRK holdings has owned the Piney Point land for about a decade, but never did any processing there. The massive gyp stacks contain waste built up by the Mulberry Company between 1966 and 2001. The site has been plagued with issues for years. Spills and issues with liners separating the water from the radioactive stacks were well known. And since at least September, site manager Jeff Barath warned that disaster loomed at Piney Point.

The ponds filled with millions of gallons of water could hold no more. Here’s Barath at a September County Commission Meeting.

And again in February when the stacks were even more full.

“Based on our current water volumes, action is needed,” he said. “Now”

DEP program manager John Coates attended the September meeting and supported a plan to pump 50,000 gallons of water a day into Manatee County’s water treatment plant. The plan was adopted earlier this year, but would take about 50 years to empty the ponds at that rate.

“This is in my opinion the most effective way and the most timely way to approach this,” Hopes said.

In a call with WMNF Tuesday, Barath said he couldn’t comment on any potential lawsuits, but is just happy to finally have some help.