Home Animals Katrina Shadix, founder of Bear Warriors United, discusses her efforts in bear advocacy: education, legislation, and what to do if you encounter a bear 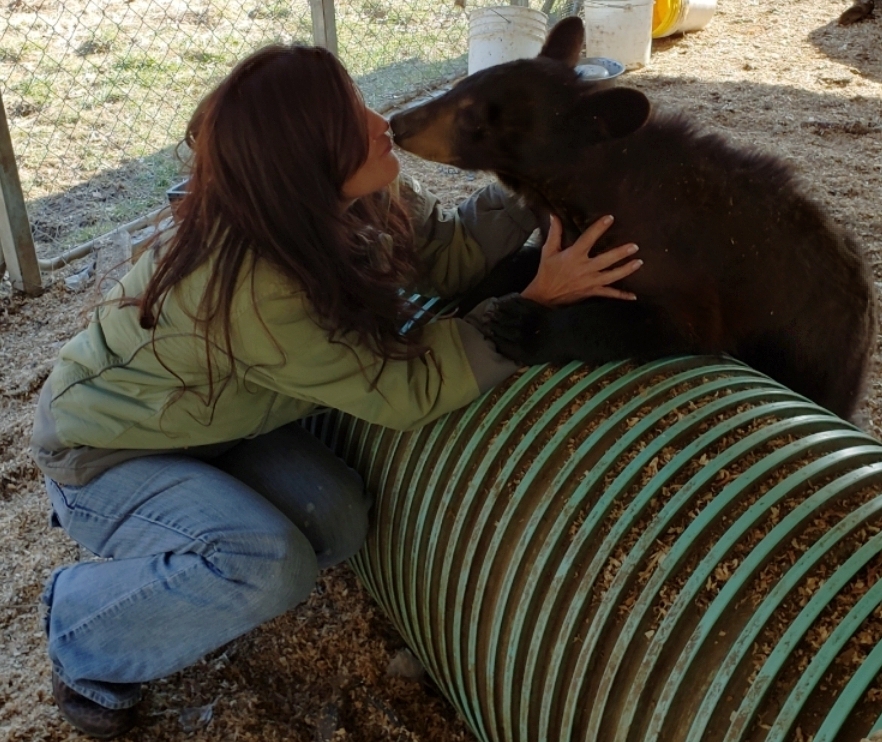 Katrina Shadix—founder and executive director of Bear Warriors United (BWU), whose stated mission is to preserve and protect bears, and in carrying out that mission, engages in an array of advocacy and educational efforts—recounts her lifelong love of animals.

And Shadix may come by her passion for animals naturally, if not genetically: She notes her childhood home was occupied with cats and dogs, and, even now, her mom devotes her days to animal rescue in Georgia.

But Shadix’s specific love for—and commitment to—bears came later in life, she explains—long after college (her degree is in environmental sciences), and forging a career as a medical assistant.

And it kicked in under unusual circumstances. Shadix was rear-ended in a car accident, severely injuring her back. She underwent back surgery, and while recovering, heard–a few years after the fact–about the Bear Hunt of 2015. She was so horrified by this information, she recalls, she got out of bed, put on a back brace, and had a friend take her to a bear area, thinking she would scoop up and care for the bears orphaned in the hunt.

That plan was ambitious, but unrealistic—though it did spur a more realistic move: Shadix launched Bear Warriors United, and initially considered the Florida Fish and Wildlife Conservation Commission (FWC) an enemy, because the agency had delisted bears from the list of threatened species, paving the way for the bear hunt.

Over time, Shadix says, she’s softened her stance on the FWC, having recognized that the agency’s biologists and other employees often share her view on bears and bear policy, but express it privately, when saying so publicly would jeopardize their jobs.

Shadix in her BWU guise, places a premium on education about bears and bear behavior, routinely functions as an advocacy organization (in 2020, Governor DeSantis signed into law her bear poaching bill, stiffening penalties against poachers), and is happy to provide people free bear straps to make their trash bear-proof.

She also offers recommendations on what to do—and not do—when encountering a bear, road-tested (as it were) by once purposely running away from a bear! A must-listen….