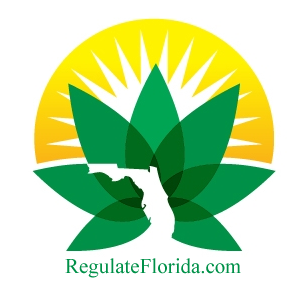 There’s a new effort to make marijuana legal in Florida – nope, not just medical marijuana. We’re talking legal recreational use of marijuana by adults; a new group will announce its new voter initiative this week. It’s called Regulate Florida and it is an effort to amend the state constitution to legalize and regulate marijuana in Florida for adult use.

On WMNF News’ MidPoint host Seán Kinane interviewed Ray Strack, who is a supporter of Sensible Florida; that’s the political committee that has formed to try to pass the Regulate Florida initiative.  Strack is a retired U.S. Customs agent and a member of LEAP – Law Enforcement Against Prohibition. He was a law enforcement officer but now thinks pot should be legal.

A recent Herald-Tribune story says that when the details of the Regulate Florida initiative are unveiled it will require the Florida Legislature to set rules to “license growing, processing, distribution and retail sales of cannabis and would make possession legal.”

Last November 58% of Florida voters supported the medical use of marijuana – that’s less than the 60% needed to pass. We talked about whether full legalization of pot for adult use could be less popular than medical use and what its chances are of of reaching that 60% threshold?

It’s possible there will be two ballot initiatives on the 2016 ballot – Regulate Florida and the medical marijuana question (United for Care).

Strack insists legalizing marijuana would regulate it and do a better job of keeping it out of the lungs of children than is happening now.

The Regulate Florida initiative is being reviewed by the Florida Division of Elections. Then it would need to pass inspection by the state Supreme Court and then you would need to gather 683,000 verified signatures by Florida voters.

Strack says the group is using the state’s Constitutional amendment process rather than having the Florida legislature legalize recreational or medical use of marijuana because legislators have dragged their feet even in passing the simplest medical marijuana laws.

The Herald-Tribune article mentioned that there are at least two other groups that are seeking ballot status for their initiatives to legalize recreational pot use.

Legal pot could generate more than a billion dollars in Florida in its first year.

Listen to the full show: