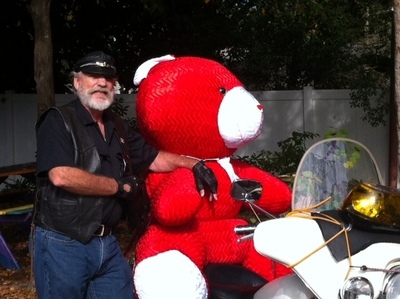 Today on Radioactivity, Rob Lorei speaks to Bill and Sheri Brown, whose Christmas charity, The Cookson Hills Toy Run, will be held at the the Veteran’s Memorial Park in East Hillsborough this Sunday.The Run began in 1993 and has grown from giving gifts to a little over a dozen needy children to serving over 500 children, veterans, special needs, and seniors.

Later in the hour, Rob talks about the growing development on Downtown Tampa’s riverfront with local professor Tom Sanocki, who recently voiced concern to the Tampa Bay Times regarding a Tampa City Council decision to sell public land for a 36-story high-rise apartment building near the river.