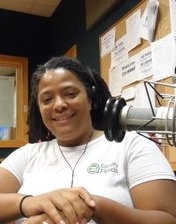 Same sex couples in Florida could soon be able to marry in the state. But there’s a catch – it only applies to Monroe County. Yesterday, a judge there ruled the state’s ban on same-sex marriage unconstitutional. It’s not yet clear when same-sex couples will be able to marry in Monroe County which includes the Florida Keys. That’s on hold until after the state’s appeal is complete.

Nadine Smith is the executive director for Equality Florida.

“Yesterday was a huge day in a real quantum leap foreword, and really the beginning of the end of Florida’s anti-gay marriage ban. For the first time a judge has ruled that the amendment to the constitutional amendment that bans not only marriages but recognition of marriage elsewhere, violated due process and equal protection under the U.S. Constitution. So, it’s a huge, huge moment and what we think is the first of a string of victories in Florida that paved the way for marriage here and further press the US supreme court to make marriage equality the law of the land.”

Do you anticipate any challenges to the ruling?

“Well, Attorney General Pam Bondi has already appealed. And the judge’s ruling would have permitted marriage, marriage licenses to be issued on Tuesday in Monroe County. So, anybody anywhere can go to Monroe County to get marriage license to get married. But in appealing, a stay has been issued that means the marriage will be delayed; this is a disappointment because at the end of then day the Attorney General’s job is to protect the constitutional rights of Floridians; and instead, despite the fact it is the twenty-fifth decision in favor of marriage equality from across the country from judges appointed by Republicans and Democrats alike, there is no basis for defending this discriminatory law; and other Attorneys General have made the decision to stop enforcing a law they know to be against the U.S. Constitution.

“Unfortunately, Pam Bondi made a different choice and as a consequence, we are going to ask … you know justice will be delayed a little bit longer. But what’s clear: :Florida is on the path to marriage equality and we will help to push the nation to full equality.”

It sounds that you are pretty confident that this appeal not go to be successful. What‘s give you this confidence?

“Because since the Windsor decision there are twenty-five consecutive victories in States all across the country and regardless of whether the judge has been a conservative or a liberal appointee, it’s has been irrelevant: the law is so clear that the decision by the U.S. Supreme Court, the Windsor decision, is so absolutely clear that there is no judges coming to any conclusion other than the fact that it violates, that the marriage is a fundamental right and the constitutional ban in Florida violates our U.S. Constitutional rights.”

Nadine, how can this decision be expanded to.. a kind of cover the all state and not only folks on the Keys ?

“Well there’s a couple of things that are important for people to know: there are multiple law suits in Florida; we expect decision any day in the Miami-Dade law suit; there are multiple federal lawsuits moving forward; and the fact that the attorney general has appealed means that it moves up and can now have statewide impact. So, we believe that the day is coming ….not only for Floridians can head to one county or another where this has been secured, but marriage equality will be the law throughout the state of Florida.”

What’s come next in your fight?

“We await the other decisions and the appellate process and we continue to tell our stories. We launched the campaign in partnership with “Freedom to Marry“ and many of our local partners and allies .That you know, is based on the simple premise that people needed to hear from our family, they needed to hear our stories and understand that this not some theoretical exercise; these are real families, real people who every day endure hardship, because the protection that only marriage can provide, continue to be denied to us.”