Home WMNF News The Role of Class in American Politics 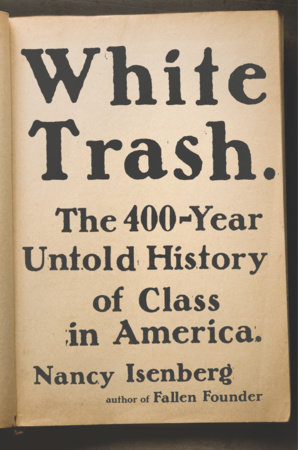 How Genuine are American Politicians in Their Attempts at Relating to Rural White Voters?

Host Rob Lorei spoke with an author who says that understanding class is essential to understanding American history. Rob’s guest says that one of the enduring myths of the United States is that the country was formed as a classless society, where anyone—no matter their parent’s income at birth—has the power to make a fortune and live a life of plenty. In her book White Trash: The 400 Year Untold History of Class in America, Nancy Isenberg, who is a professor at LSU, says a class structure has always been in place in America. And while it obviously affects African Americans, lesser known is the role of class in white America.

Last week, President Trump fired the director of the F.B.I., James Comey, abruptly terminating the top official leading a counterintelligence investigation into whether Trump’s advisers colluded with the Russian government to steer the outcome of the 2016 presidential election. Rob spoke about the firing with former FBI Special Agent Joe Navarro, author of Three Minutes to Doomsday. Navarro is an expert in counterintelligence investigations.

To listen back to this interview from Wednesday May 10 2017, click here.